Skip to content
Institute Alternative » Blog » How to measure corruption?

-Too many zeroes for progress-

The sentence „Montenegro must show some measurable results in fight against coruption“ is being repeated in the Montenegrin political discourse by the representatives of the European institutions, politicians, civil society, almost like a mantra. And the universal answer to all questions and all dilemmas is that there are no any, because there is no political will in the state institutions to deal with this phenomenon. What’s hiding behind these platitudes? 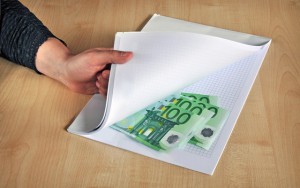 Recently I have participated with my colleagues from the region in the workshop on strategic forecasting in Berlin, organized by the German Council on Foreign Relations (DGAP). Workshop aimed to offer possible scenarios and answer question of where the countries of the Western Balkans will be in ten years. The conclusion was a little surprising, and, according to it, up to 2025 nothing important is going to change, neither in Montenegro, which, popularly said, is the most advanced in implementing reforms, nor in the other countries. Potential candidates for the EU membership will continue to simulate reforms. As a result of such policy, integration of these countries won’t be the European Union’s priority. Without the framework of conditionality policy, societies and states are going to stagnate.

This pessimistic scenario is a result of the apathy of the region, but it also corresponds to the current pace of the process of democratization in Montenegro. During the last year, the overall progress havs been made in negotiations for EU membership, but in the field of fight against corruption, the key chapter, no significant progress has been recorded. Or, according to the European Commission, “corruption remains prevalent in many areas and continues to be a serious problem, requiring effective implementation of deep and lasting reforms”. Without concrete results in repressing this occurrence, negotiations are being stopped. That is the essence of the ‘overall balance’ clause which the European Commission has already foreshadowed in this year’s Montenegro Progress Report, and which will be applied if the current trend of “fight against corruption” continues.

What was the total score of concrete results? There’s still no final decision for high-level corruption and there is no established responsibility for violation of the Law and falsification of data on public procurement that State Audit Institution indicates in their reports. During the last year there hasn’t been recorded any new case of temporary seized property acquired through criminal activity, and hasn’t been any permanent confiscation so far. Too many zeros and a lack of will.

What is the extent of the problem? Every fourth citizen of Montenegro says that s/he was asked for a bribe by acivil servant . Only every second citizen would report corruption, because s/he has no confidence in the institutions of the system, meaning s/he doesn’t believe that the institutions would act upon the received complaint. Transparency International, which ‘measures‘ the perception of corruption, ranked Montenegro as 76th out of 175 countries of the world, which is nine places worse compared to 2013.

And what has been done during the last year? A whole set of anti-corruption laws has been prepared, which also corresponds to current pace of reforms. The greatest achievements have been achieved in the field of harmonization of legislation with the EU acquis, but there were some problems in its implementation. The existing institutions for fight against corruption are not strong enough and don’t have enough capacity, jurisdiction or autonomy. Also, the problem is that the competent authorities see 2015 as a transitional year during which all the capacities will be focused on preparing strategic measures and institutionalization of new bodies. And so the year by year is slipping away.

What should be the first measurable results in 2015? It’s a wide choice, but let’s mention some of the tasks. Group of States against Corruption (GRECO) in their report published this month demands resolving „audio-recording affair“ and other misuse of public resources for the purpose of elections. The European Parliament in its Resolution on Montenegro states that the country’s policy regarding The Aluminum Plant is contrary to the rules of the state aid. The European Commission asks for completion of the processes on potential misuses of public office. The Americans expect the final answer to the question whether there was corruption in the case of privatisation of „Telekom“. The response to all this would be a hint of overcoming the existing lack of will.

Otherwise, there is no room for „feeding an easy optimism“ about success of the negotiation, emphasized by Montenegrin officials. Citizens don’t need and don’t care about sixteen opened chapters, quotas and measures, numbers and ‘checked boxes’ – the change of social awareness and culture is what must be achieved. It is necessary to provide judicial independence, depoliticisation of the administration and consistent application of legal norms. That is the only way to regain confidence in institutions and to improve the quality of life of the citizens.

Jovana Marović, PhD
Research Coordinator and member of the Working Group for Chapter 23

Text has been originally published in the ,,Forum” section of daily “Vijesti”