By presenting the data on the local finances in understandable and transparent way, we want to contribute to the openness and availability of the local budgets, and by enabling insight into the public expenditure we intend to improve the civil control over them, it was announced by the representatives of Institute alternative (IA) during the press conference held on the occasion of the presentation of the project result “Monitoring of local budgets in Montenegro – www.mojgrad.me“ 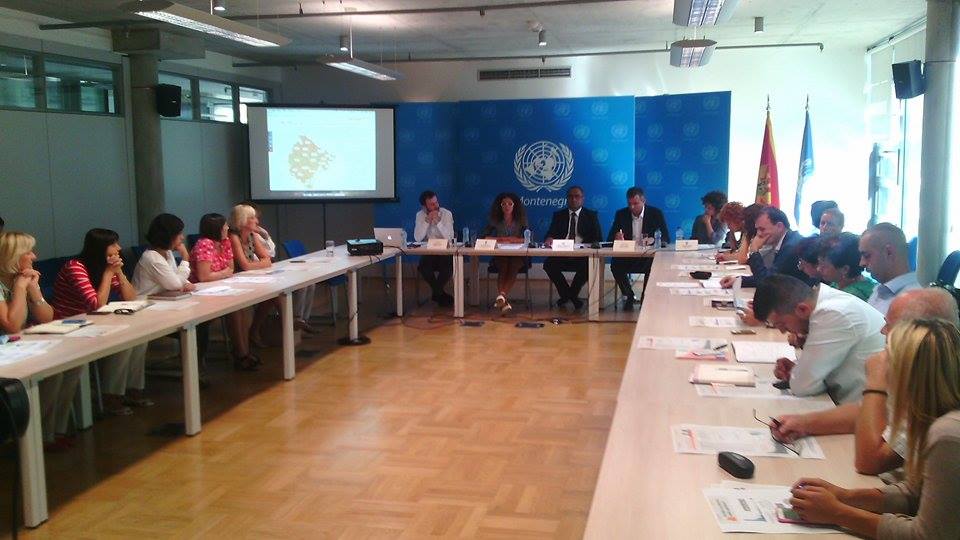 Portal Moj grad (My city) is a pioneer project of the visualisation of the data on budgets in Montenegro, launched in 2013 with the support of the Open Society Fund. The new, upgraded version, with updated data and new components, presented on September 16th 2015 in UN Eco Building, was done in the cooperation with the UNDP with the financial support of the Ministry of Finance.

The portal now presents all the updated budget data for the period 2009-2015. Through the portal Moj grad, Institute wants to provide the citizens with an alternative tool to easily and simply find the information about what their local government spends money on, how they manage funds that are collected on their behalf, as well as to provide the ability to compare the cities according to the established set of indicators. Visitors of the portal can easily gain insight into:

the number of citizens by the municipality, the unemployment rate, the number of local servants and state employees and their salaries.
With the aim of displaying data in an innovative and visually appealing way, three infographics are also available on the website (“How much are the municipalities’ debts?”, “What are the municipalities spending the money on?” and “How many people work in our local governments?” ), while there is also a interactive map of Podgorica, including the projects from the Strategic development plan of the Capital City of Podgorica.

Public policy researcher, Marko Sošić, has explained why has IA decided to visualise the Strategic development plan. “Our goal is to clearly present to the citizens the project planned to be realised until 2017. Furthermore, this is the key document for the planning of the capital budget which especially important to the citizens, since its effects can be seen in the immediate environment.

During his speech, Stevo Muk, president of the Managing board of the Institute alternative, has pointed out that the main reason for the launching of this website is the fact that the municipalities have not been doing their work when it comes to the transparency and presentation of the budgetary data to its citizens. Apart from the public critic and advocacy in the area of transparency, we did not want to wait for the local governments to change their behaviour patterns. We have build the platform – unique address for all local budgets which enables easy and simple research, comparison and analysis of the available data.”

The Director-General of the Directorate for the budget within the Ministry of Finances, Nikola Vukićević, has pinpointed that this activity of IA has coincided with the activities that Ministry is conducting with all local self-governments within the process of the debt restructuring. He added that the use of the new technology with the aim of the greater availability of data gives the citizens the possibility and financial markets to assess the financial position of local self governments.

Sanja Bojanić, Democratic Governance and Economy and Environment Team Leader at UNDP Montenegro, said that the existing oversight mechanisms, such as discussions at the local governments and public discussions, external and internal audits, are not being used in their full capacities, and that the citizens are still facing obstacles while trying to gain an insight into the budgetary data.

Sošić reminded that the State Audit Institution’s (SAI) report show that municipalities cannot always be trusted and that SAI has issued negative opinion on the number of the municipalities even when the commercial auditor has issued a positive one. “It is nearly impossible to get an objective sata on the number of the employees at the local level, their salaries and remunerations”, he concluded.

It was announced that these issues will remain in the focus of IA’s work, as well as that IA will include public enterprises and institutions in its research activities, particularly the way they are spending the money, how they employ, conclude the contract and work within their competencies.