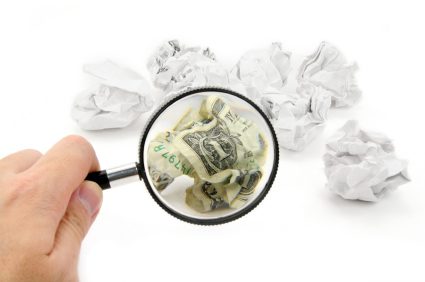 All of us who follow the “exciting” world of oversight of public finances were shocked twice last week: with news on the announcement of the withdrawal of the Minister of Finance as well as with the rumors about his potential successors.

Someone, obviously well informed (reported by Pobjeda and Portal analitika),claims that it is most likely that the new Minister of Finance will be current President of the Senate of the State Audit Institution (SAI), Milan Dabović.

The comments heard are generally positive: it is said that this is a great choice for a position which requires the high level of responsibility and that there is no better successor for the current minister. Doing so, it is forgotten that Mr. Dabović is already occupying very responsible position as the Head of the Senate of the SAI and that his resignation from this position would additionally weakened already poor capacities of this institution.

However, it seems that SAI, even weak as it is now, is bothering someone, so they use various wiles to weaken it even more. Or maybe, they just don’t understand the importance of the institution so they don’t try to build it stronger.

Let’s remind everyone that this is the institution thanks to which we can find out what is exactly happening with the money that the citizens pay for the sake of the state, and how that money is being allocated by the public administration. The SAI has showed us the evidence that the state guarantees were given contrary to the public interest; how are natural resources being managed; how are concessions being managed; how the state property is being administer, how much do we actually pay for the rental of premises for the work of state authorities. Thanks to the work of SAI, we are slowly discovering all stunts performed in dark by the municipalities in the field of their finances and we finally get to see how actually the public companies work. Year in, year out, the SAI brings more evidence on the irregularities in procurement, reveals both frauds and illegal allocation of our money

Despite all this, our MPs haven’t found it necessary to finally get serious and appoint the missing member of the Senate of the SAI in order to enable the institution to work in its full capacity. With the purpose of illustrating the situation, here is the overview of the last attempt to fulfill this legal obligation of the Parliament.

By the last year amendments on the Law on State Audit Institution, the competence of appointing the member of the Senate was transferred from the Administrative Committee to the Committee which deals with the work of SAI the most – the Committee on Economy, Finance and Budget. Members of this Committee agreed upon the fact not to make a circus out of the appointment, e.g. – not to interrogate same candidates all over again, not to pose pointless questions, not to ask for their health, family, etc. They also agreed to make this decision only when all 13 members of the Committee are present.

Believe it or not, gathering all Committee members to one session has proved to be impossible. It was worth nothing that the president of the committee has publicly labeled all those who were absent many times; it was worth nothing that the committee service has been publishing the evidence of the presence and that the media were reporting about it. After three months and 15 sessions, when it has become clear that the committee cannot seem to gather in full force, the remaining MPs decided to withdraw the previous agreement and to take the matter into their own hands.

The ruling coalition (Democratic Party of Socialist – Social Democratic Party – Bosniak Party) has supported Dušan Mrdović , who caused the problem of the “truncated” composition of the SAI in the first place, when he resigned from the position of the member of the Senate to become the ambassador. The diplomatic mandate was over in the meantime and now Mr. Mrdović is back in Montenegro and wants his seat in the Senate back – probably to amuse himself until he gets appointed as the ambassador again.

It is needed to remind everyone that the position of the member of the Senate is permanent – if you get appointed by the Parliament, you occupy the position until you resign, retire or get imprisoned. I guess that this would mean that we are talking about the position which should be occupied by solely experts, from which we expect to dedicate their carrier to the development of the institution, in order to empower it on long terms.

On the other hand, the opposition (Socialist People’s Party of Montenegro – Positive Montenegro Party – Democratic Front, partly) together with Albanian alternative have supported Zarija Pejović. All members of the opposition block have voted for Pejović, except his ex party fellow, Nebojša Medojević, who was enigmatically restrained. He is criticized by many for this behavior and asked what the reason was. However, less surprising then his vote was the fact that he even showed up to the session, after three-month break of the work in the Committee.

However, neither one of them received the majority needed for the appointment and once again, the farcical attempt to appoint the member of the senate of the SAI failed with the announcement that they will try again.

If Mr. Dabović resigns from his position, the Senate would be consisted of three members only. The aforementioned examples illustrate what are the chances to responsibly appoint someone in the foreseeable future.

Someone has thought of a really elegant solution to this problem – Daily news Vijesti reported the story from the officials that, if we cannot appoint the members of the Senate, we should reduce the number of them needed. In other words, if the Senate is left with three members only, let’s legalize that situation.

If we are already joking with one of the most important institutions in the Montenegrin public administration, here is the even more creative solution – what would happen if we’d shut down the SAI, at least until the moment we get to the agreement what do we do with it and, do we actually need it? This would save us many headaches, boring state auditors and their reports: embarrassment because of the revealed frauds and misuse of money from the tax payers, polling that the recommendations of SAI are not being implemented or that the Prosecution Office keeps being silent on the cases submitted by the reports, while it would save our MPs’ time from the inventing creative scenarios for the next failed attempt to appoint the member of the Senate.