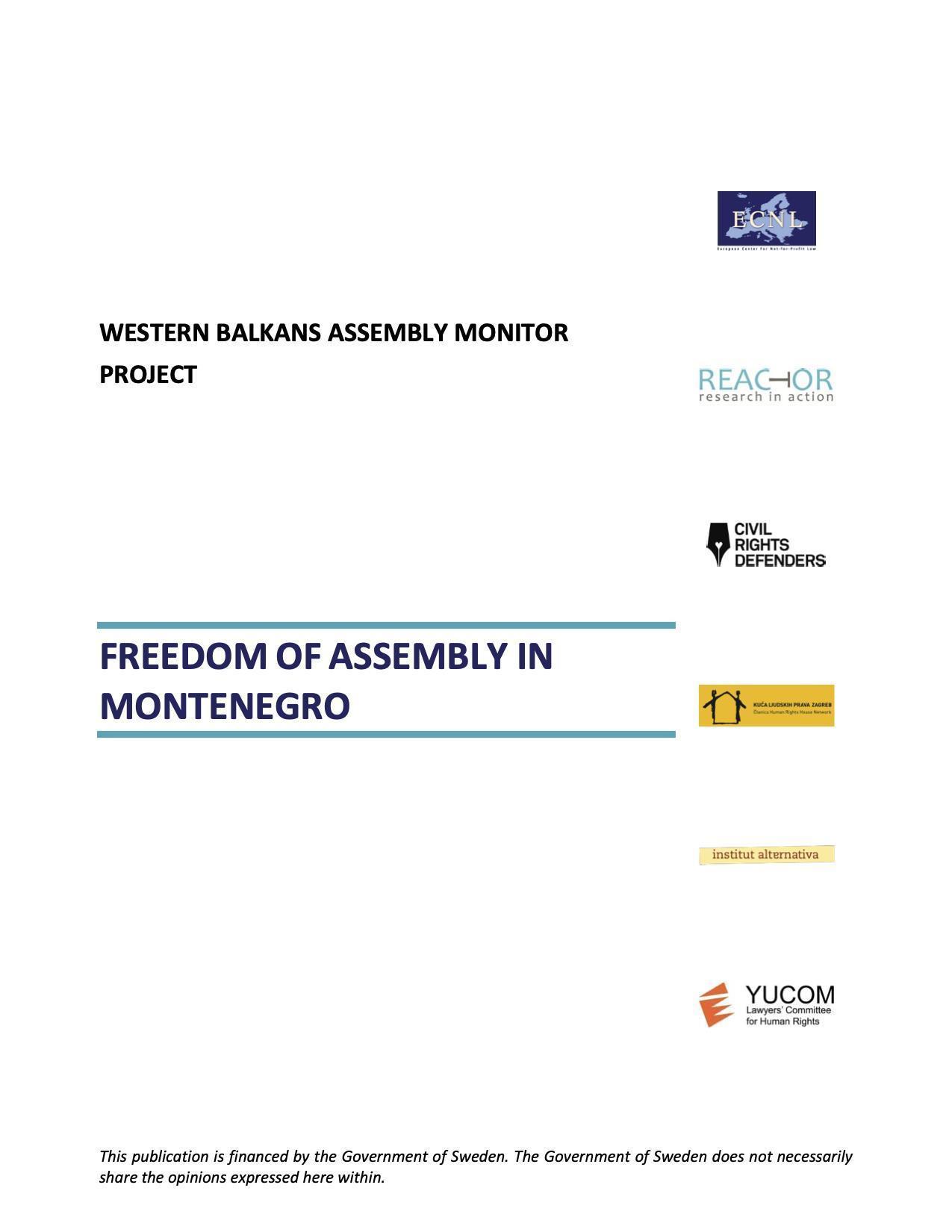 Recently, the number of public assemblies in Montenegro has risen from only a few in 2014 to more than 30 in 2015, while some of them gathered several thousands of people.

Although Montenegrin legislation is mostly in compliance with international standards, legislators have failed to address certain issues. Those issues range from overlapping competences of authorities on national and local level, rough fine policy to the organizers of assemblies, to lack of facilitation by the Ministry of Interior, as the state authority in this area, as well as repressive policing.

The law currently in force has been adopted in 2005 and amended three times afterwards, thus, there is an obvious need for improvements and regulation of this area in accordance with best practice of protection of fundamental human rights and freedoms.

Regarding the aforementioned, the study emphasizes the recommendations that need to be implemented in order to reduce or eliminate shortcomings of legal framework and current practices of the responsible authorities.

This study was conducted as part of the regional project ‘The Western Balkans Assembly Monitor’ managed by the European Center for Not-for-Profit Law (ECNL). The project is made possible by the International Center for Not-for-Profit Law through the Civic Space Initiative, implemented in partnership with ARTICLE 19, CIVICUS: World Alliance for Citizen Participation, and the World Movement for Democracy.