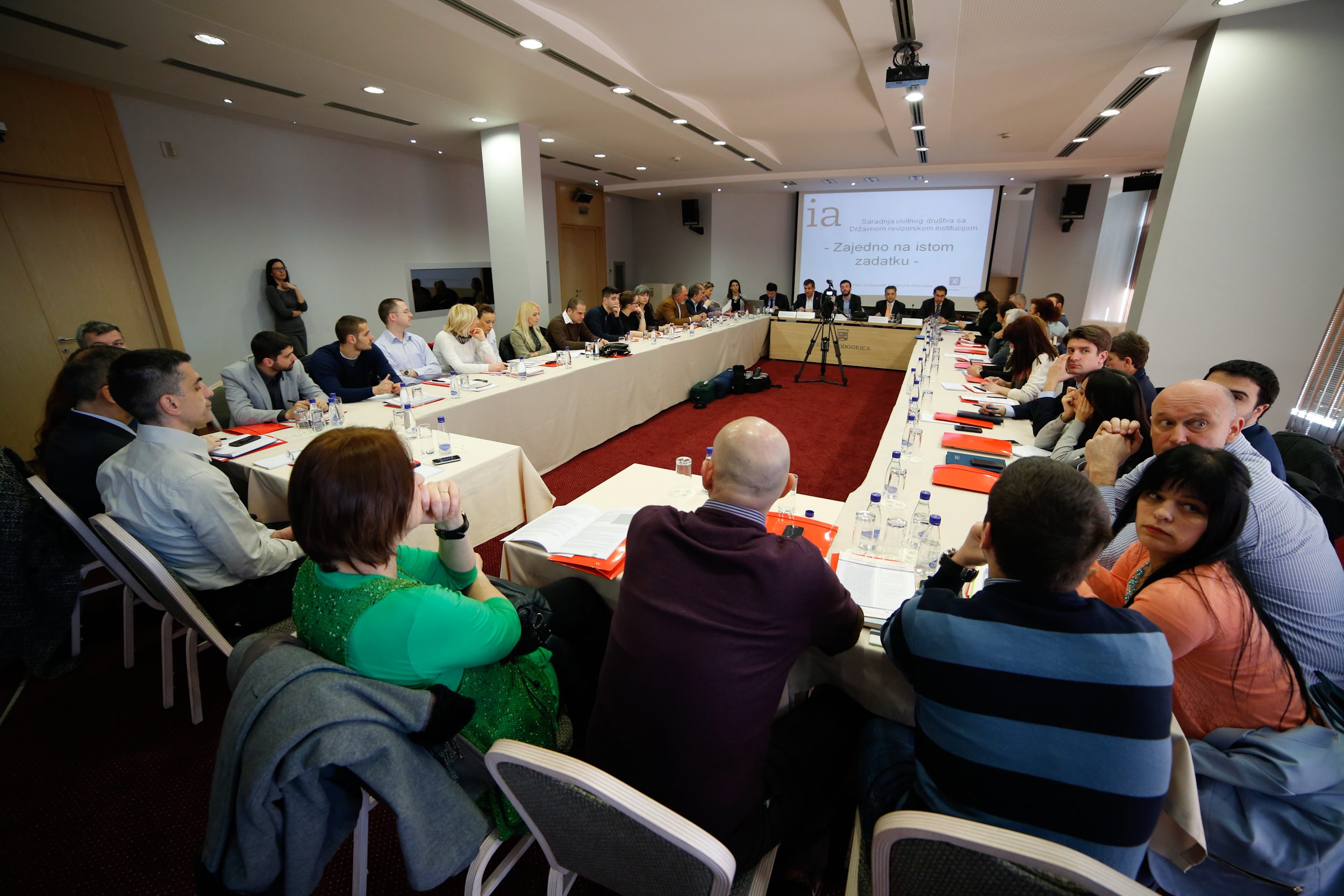 The first consultative meeting between State Audit Institution (SAI) and the civil society was held today, organized by Institute Alternative, with the support of the Royal Norwegian Embassy. On behalf of SAI, the meeting was attended by the Senate members, Nikola Kovačević, Branislav Radulović and Dragiša Pešić, who answered many questions posed by representatives of the civil society.

The special attention was dedicated to the way how the SAI chooses who will be subjected to audit in a certain year year and why certain subjects have not been put under the attention of SAI. 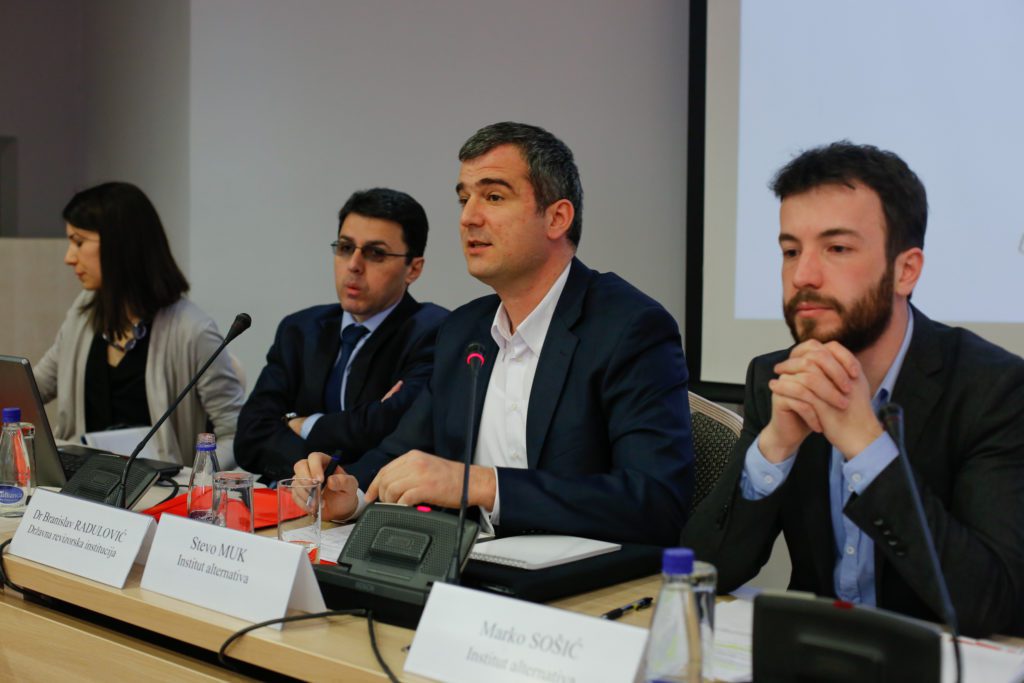 During the meeting, the representatives of the CSOs have been proposing institutions and state bodies which should be controlled by the SAI in the next period. Among others, participants mentioned the Capital City, Fund for professional rehabilitation and employment of people with disabilities, Fund for Solidarity Housing Development, large public companies on the central and local level, the Customs Administration, Directorate for Public Works, Directorate for Transport and others.

One of the issues raised was the poor quality of commercial audits, especially those of municipalities, as well as non-functional internal audit, the issue of monitoring the implementation of SAI recommendations. Also, the question raised was about whether some of the important reports (such as the Audit report of State guarantees and concessions) have had their effects, i.e, whether their findings had impact in determining accountability and to change the perceived problematic practices.

One of the key issues on which the participants exchanged their views was the filing of criminal charges by the SAI. So far, the representatives of SAI have stated that in case of an audit of the Montenegrin National Theatre (2010) submitted a report and the documentation to the State Prosecutor’s Office, but that they still did not have an response whether anything has been done in relation to this complaint. In other cases, when the negative opinion was issued, SAI has submitted the report to the State Prosecutor’s Office as well, but the situation was the same – they do not know what was done in relation to determining the responsibility for violations and irregularities. The majority opinion of NGO representatives is that the SAI should start building its capacity to file criminal charges and to begin with the implementation of that competence, which is emphasized in the Law on SAI. The representatives of 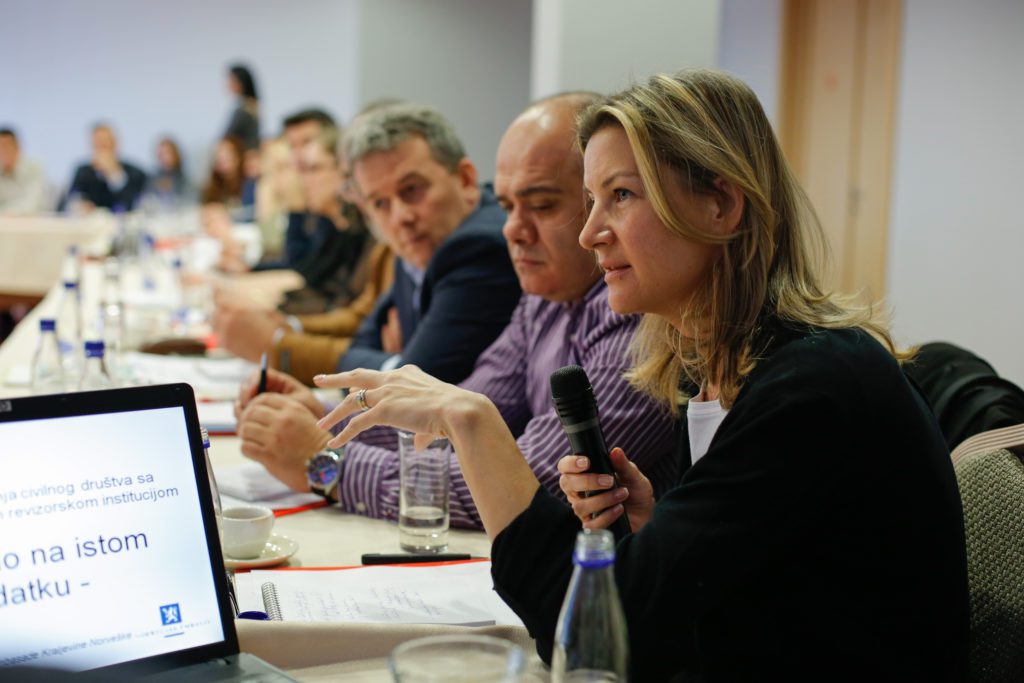 the SAI appealed to other institutions, especially to the State Prosecutor’s office to pay more attention to their findings and work in order to achieve accountability for illegal acts which are determined to have the attribution of criminal act.

The representatives of SAI have, among others, pointed out their problems, such as the deficit of the auditors, legal experts and spatial capacities.

Institute Alternative, the organizer of the event, has said that it is necessary to establish better and more effective cooperation between SAI and CSOs. Moreover, it is stated that the today’s meeting is only the first in a row and that the civil society will, together with the SAI, make progress in the fight against the lack of transparency and accountability in managing the public funds.