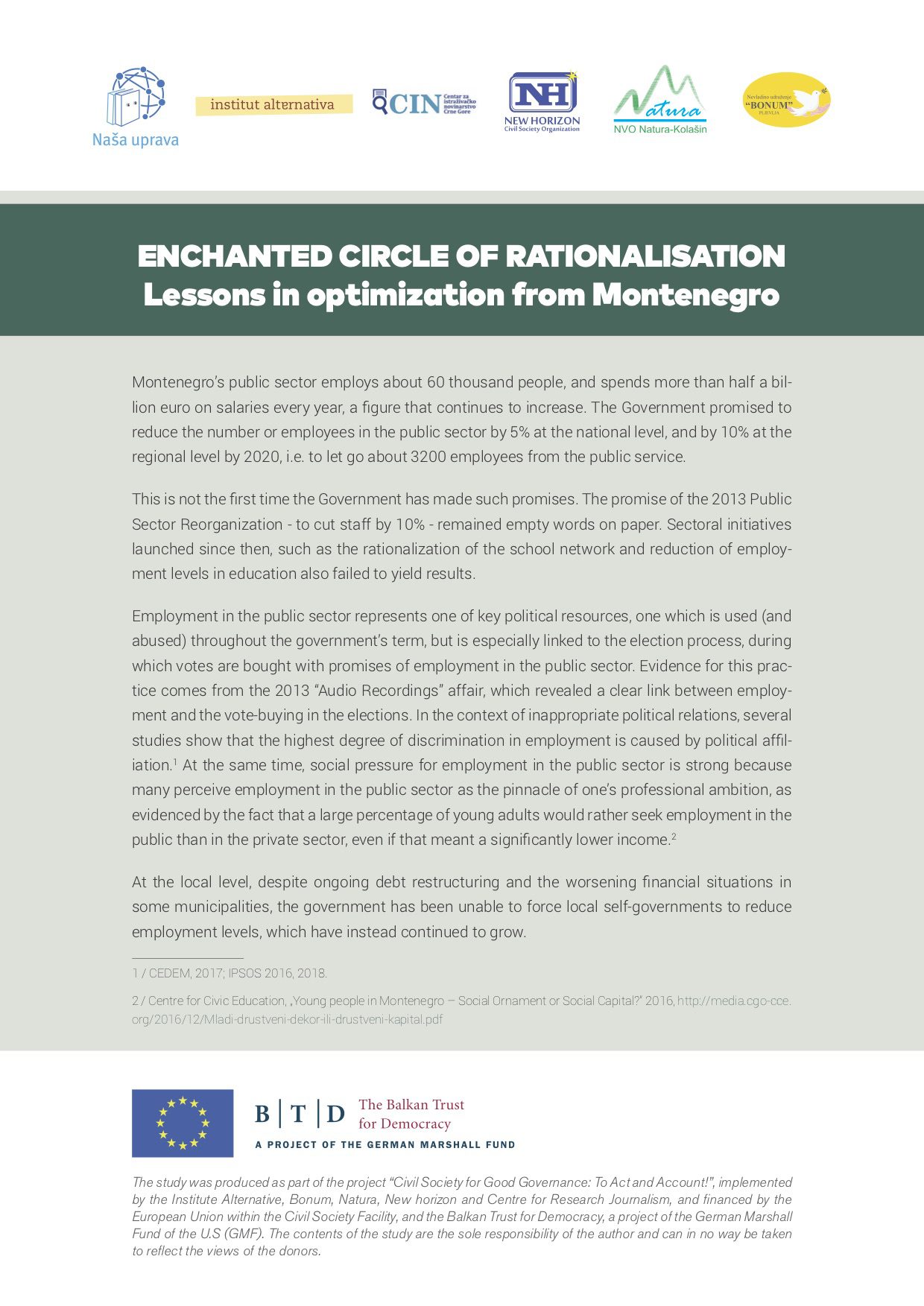 Montenegro’s public sector employs about 60 thousand people, and spends more than half a billion euro on salaries every year, a figure that continues to increase. The Government promised to reduce the number or employees in the public sector by 5% at the national level, and by 10% at the local level by 2020, i.e. to let go about 3200 employees from the public service.

This is not the first time the Government has made such promises. The promise of the 2013 Public Sector Reorganisation - to cut staff by 10% - remained empty words on paper. Sectoral initiatives launched since then, such as the rationalisation of the school network and reduction of employment levels in education also failed to yield results.

The current process of optimisation, instead of systematically addressing the problem of human resource planning in the public administration, wants to achieve the planned cuts through quick one-off fixes (early retirements, severance payments, abolishment of fixed-term contracts).

This analysis presents the current trends in the optimisation process and brings to attention the lessons we could learn from the previous attempts at downsizing, including some critical flaws that will doom the process to failure unless some fundamental changes are made in the way it is implemented.