Today’s dismissal of PhD Vladimir Pavicevic and election of Ivan Jovetic for new president of the Council of RTCG, represents a continuation of political offensive of Democratic Party of Socialists (DPS) against independency of public broadcaster RTCG.

At the new session with participation of new members of the Council of RTCG, Ivan Jovetic and Goran Sekulovic, a party mission was implemented and a former member of Commission of DPS for international cooperation, European and Euro-Atlantic integration was brought to the head of the public service. By this, a second phase of overtaking of RTCG was done, which has started by dismissal of unsuitable members of the Council Nikola Vukcevic and Goran Djurovic, and by bringing party associates Pajovic, Jovetic and Sekulovic.

DPS is firm in the intention to bring even this institution which has started to show signs of autonomy back under its control. Not even the well-intentioned calls of governments of countries partners of Montenegro, multiple times stated via public and diplomatic channels, have not borne fruit, and DPS has, as we have announced, decided to realise its notion until the end.

We express concern that the process of overtaking of RTCG will be brought to the end by dismissal of the Director General Andrijana Kadija and Director of Television Vladan Micunovic.

Instead of expanding media freedom and strengthening independency of public service, the Montenegrin authorities are clearly showing by this that they do not wish to democratise the society, and that there is no doubt that they wish to slow down the accession negotiation process.

Government’s Relentless Pursuit of Control over the Pu... 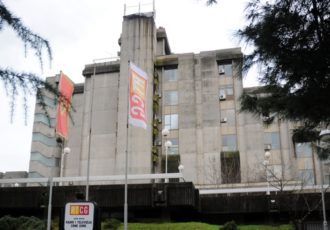