Dina Bajramspahić, a public policy researcher at the Institute Alternative and a member of the working group for the Chapter 23 – Judiciary and Fundamental Rights, commented for PCNEN portal on the issue of depoliticization of the intelligence sector in Montenegro.

1) PCNEN: In a recent panel discussion focused on the depoliticization of the security services you stated that the security sector in Montenegro has began to narrow public control since the start of the NATO accession process. Is this expected and logical? 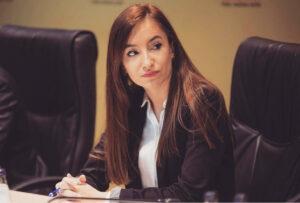 Bajramspahić: It depends on how you approach this issue. It may be logical that the state of Montenegro has continued to consider best practices in NATO member states as role model, regarding all issues, including the ones of accountability and transparency of the intelligence and security sector. This would be good both for public and for building the image of a country that strives for democratization and Europeanization. Of course, it is obvious that the exact opposite of is happening. Since we became a NATO member, the intelligence sector is feeling relaxed from further reforms, as if it ‘’doesn’t have to prove anything to anyone anymore’’. However, it is delusion that the reforms which were good enough for NATO are also good enough for citizens. Even if they were good enough, with the development of new technologies and the ability to massively collect data on citizens, there is a need for permanent improvement of democratic control over this sector.

In addition, the closure of the intelligence sector to the public oversight needs to be a lesson for us as a society, in order to foresee what could happen if one day we become an EU member and the reforms are not implemented thoroughly. Without the external authority for oversight of Government, the public administration would close into itself, became self-sufficient and completely indifferent to public opinion.

2) PCNEN: What made the security sector more open to public earlier and was this phase significantly different or did they have a better public relations at that time?

Bajramspahić: It is important to emphasize that we must start from somewhere. No single action or procedure will directly lead to significant improvement. The point is that the National Security Agency must constantly be aware that it works for the entire society, with all its differences, not just for political elites. This awareness is manifested in taking steps to communicate what can be communicated with the public, to which agencies must be held accountable. It is understood that some issues, especially many crucial ones will always be secret.

Within the regional project that IA is implementing, we have seen that the Montenegrin intelligence sector is the most conservative and the most secretive compared to intelligence services from neighbouring countries, not to mention European and US agencies.

In 2015, the Agency had 24 posts on its website. After that good year, we received NATO membership invitation. Complete decline in transparency followed, in 2017 there were 0 posts on the Agency’s website, in 2018 – 2 and in 2019 – 0 posts. None of the data available at the time has not in any way compromised national security, for ANB to change its practice. On the contrary, by over-classifying the data, the Agency sends us a message that it doesn’t want to deal with citizens’s requests and that we should quit asking questions.

On the following link you can find reports on the work of the Croatian Security-Intelligence Agency (SOA). These are reports that contain about 45 pages each and that are informative, of course without specifying details that would put the Agency’s operations at risk.

You can find online various reports from European and US agencies and most of them have accounts on social networks and are putting effort to proactively make citizens sure of their dedicated and legitimate work. This has a symbolic significance and has the function of demystifying the work of the intelligence sector. In a democratic society, citizens do not need to live in fear of national security agencies.

I think it is also important to say that the huge problem is that Montenegrin society has uncritically accepted that the absolute secrecy and politicization of the intelligence sector is a ‘’normal thing’’. National Security Agency is also a taboo for institutions that have the legal permission to control it.

3) PCNEN: Is the issue of institutional control of the security sector systematically addressed in Montenegro? 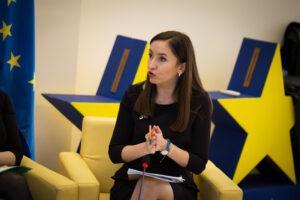 Bajramspahić: Legally, yes. There are four institutions in Montenegro with legal permission to control the Agency: the Assembly (especially the Committee for Security and Defence), Protector of Human Rights and Freedoms, Agency for Personal Data Protection and State Audit Institution. All of them have access to classified information, regardless of the degree of secrecy and the possibility of detailed surveillance at the premises of the Agency itself.

However, oversight practices have not been developed. The effectiveness of monitoring mechanisms is only achieved through active implementation. While I fully understand that when they first time enter the Agency, representatives of the above mentioned institutions will not know where to start, on the other hand, if they started ten years ago, when they were given the authority to do so, they would know by now every paper and every room of Agency.

Effective oversight of intelligence sector is possible, and the myth that Agency is untouchable should be dispelled. This can be learned from the case of Serbia, where in one period, the Protector and the Information Commissioner made a serious contribution to the improvement of work of Security Information Agency (BIA). Protector even questioned the court-approved secret surveillance measures, not for procedural but for merit reasons.

4) PCNEN: Is there any indication that the security sector in Montenegro is manipulating those who should control it?

Bajramspahić: I don’t know. I didn’t notice that the ‘’controllers’’ were trying to seriously control in order that someone had to stop them.

5) PCNEN: It is a common and convincing assessment that institutions in Montenegro are captured. How alarming is it for a society if this rating also applies to the security sector institutions?

Bajramspahić: This issue will never be a closed topic in any society, not only in our where the institutions are not enough resistant to political influence. Capture of the security sector is more dangerous than capture of any other institution because of their special authorities that most deeply interfere in privacy, but also because of the right to use force.

The abuse of these powers most seriously violates human right and freedoms, rule of law and equality under the law. The danger of such scenario is always present everywhere, even in the old democracies. That is why the concept of democratic and civilian control of the security and defense sectors has been developed, in response to the almost ‘’natural’’ tendency of this sector to address all issues with radical solutions. It is a well-known saying that generals would solve any problem by war. In the intelligence sector also, they suspiciously think that any action is dangerous. Therefore, vigilant, active ‘’civilians’’ and civil institutions are needed in order to review their practices.

The EU Should React to the Capture of Security Service... 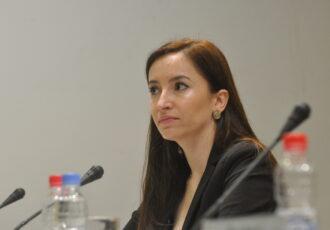