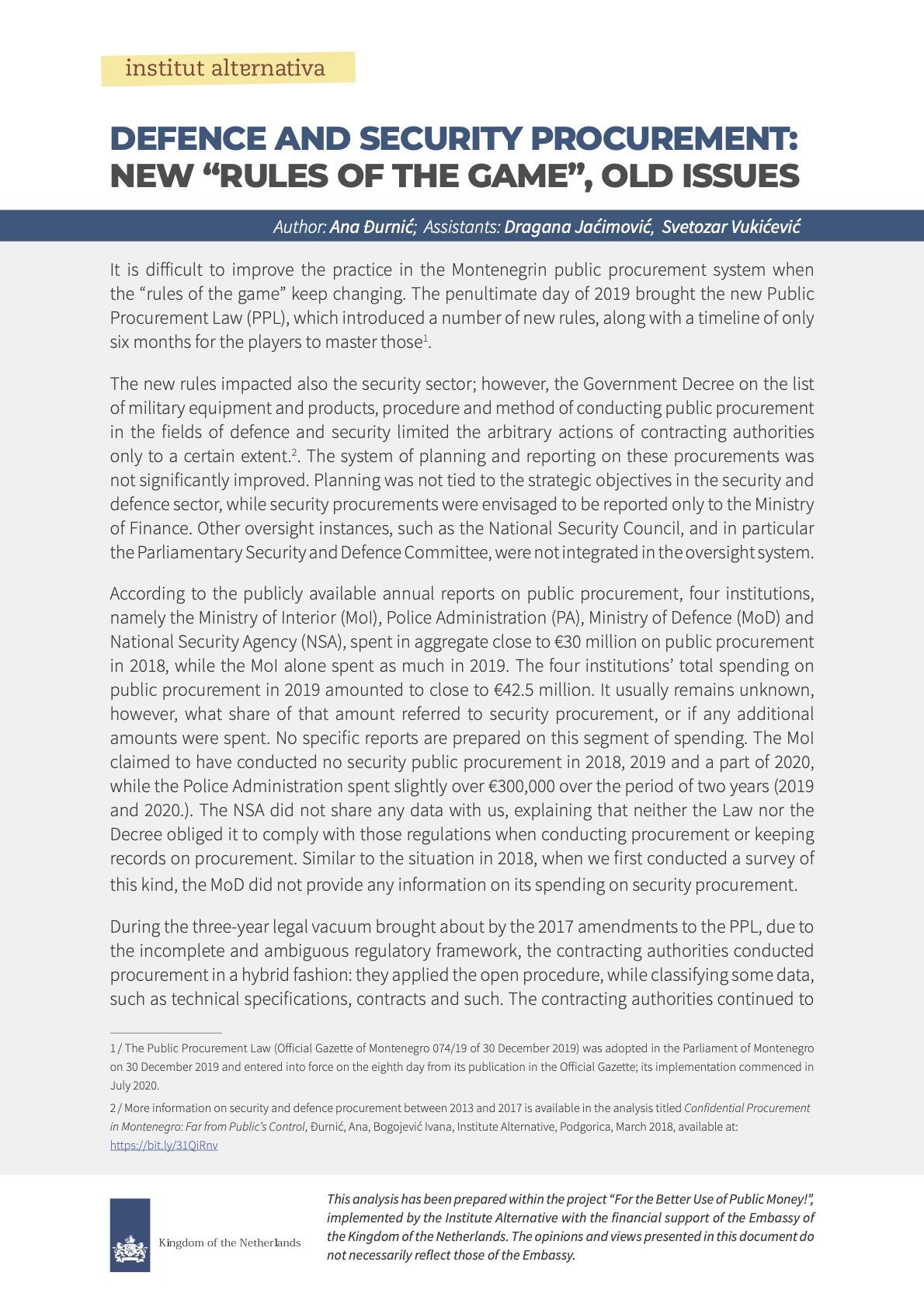 It is difficult to improve the practice in the Montenegrin public procurement system when the “rules of the game” keep changing. The penultimate day of 2019 brought the new Public Procurement Law (PPL), which introduced a number of new rules, along with a timeline of only six months for the players to master those.

The new rules impacted also the security sector; however, the Government Decree on the list of military equipment and products, procedure and method of conducting public procurement in the fields of defence and security limited the arbitrary actions of contracting authorities only to a certain extent. The system of planning and reporting on these procurements was not significantly improved. Planning was not tied to the strategic objectives in the security and defence sector, while security procurements were envisaged to be reported only to the Ministry of Finance. Other oversight instances, such as the National Security Council, and in particular the Parliamentary Security and Defence Committee, were not integrated in the oversight system.

During the three-year legal vacuum brought about by the 2017 amendments to the PPL, due to the incomplete and ambiguous regulatory framework, the contracting authorities conducted procurement in a hybrid fashion: they applied the open procedure, while classifying some data, such as technical specifications, contracts and such. The contracting authorities continued to conduct public procurement in such a manner even after the adoption of the new Law and Decree, which had a negative impact on the remedies system.