Podgorica, PR Press Service–  The system of prevention and prosecuting conflicts of interest in public procurement can be improved through preventive and repressive actions. It is necessary to network the system, avoiding to put all the pressure on one institution, and for the public to have a control role it is necessary to improve transparency.

This was stated at the conference “Fight against corruption and prevention of conflict of interest in public procurement”, organised by the Institute Alternative. The conference was organised within the project “For the Better Use of Public Money!”, with the financial support of the Embassy of the Kingdom of the Netherlands in Serbia and Montenegro.

“Montenegro so far lacked a strategic, reformist and systematic approach to this topic. How many times have we heard how small Montenegro is and that “everyone is in a conflict of interest with everyone”. It It is the fact that countries with smaller population have also managed to solve, or at least to reduce the scope of this problem. This is why that should not be an excuse for our country. Especially because over half a billion euros a year, or over 10 percent of GDP, is spent on public procurement”, said Muk. 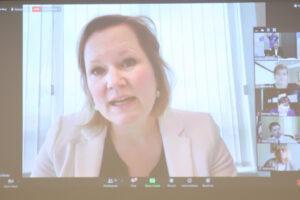 Anne Sietske Brinks, Deputy Head of Mission of the Embassy of the Kingdom of the Netherlands in Serbia and Montenegro, explained that the conflict of interest in public procurement is a key indicator of the country’s success in accession to the EU.

“We have concluded that progress has been made, but much remains to be done. In the upcoming period, Montenegro should work on the implementation of the adopted laws, to respect the EU principles for public procurement and to improve the system defined by the EU Rulebook. Conflict of interest is a complicated topic, with many different layers and it takes time to resolve this matter. The good news is that we can start today, because the rules are important, but sooner or later it all comes down to our behaviour, or the behaviour of others that we tolerate,” said Sietske Brinks. 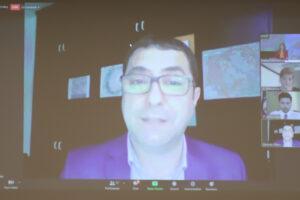 German Filkov, President of the Center for Civil Communications from North Macedonia, said that a novelty is that the members and the president of the State Commission for Public Procurement Appeals may be exempted from working on a specific case in which there is a conflict of interest on their part.  “The employment and engagement of, business cooperation with and acquisition of ownership by a person from the contracting authority in a tender awarded company is prohibited, if the person has participated in the procurement procedure with that company and if its share is greater than 5% of the value of all contracts of the contracting authority”, stated Filkov.

In practice, not only in public procurement, but in general, there is a low level of recognition of conflicts of interest and even less knowledge of their successful management. 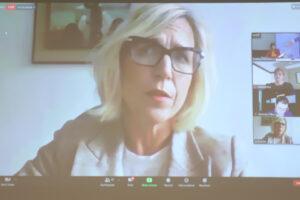 Dubravka Klišmanić, Head of the Procurement Department at the Faculty of Mechanical Engineering and Naval Architecture at the University of Zagreb, explained that the contracting authority is required to implement appropriate measures to effectively prevent, identify and eliminate conflicts of interest related to a public procurement procedure in order to prevent distortion of competition and ensure equal treatment of all economic operators.

“The contracting authority is also required to post on its webpages the list of economic operators that its head or member of managing, governing or supervisory body  of contracting authority or persons related to them are in conflict-of-interest situation with, or statement that no such economic operators exist, and include that information in the bidding document” said Klišmanić. 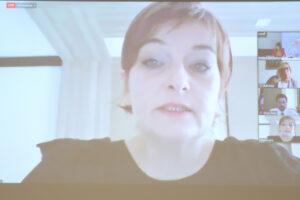 She pointed out that examples of good practices can be found at certain lower administrative levels. 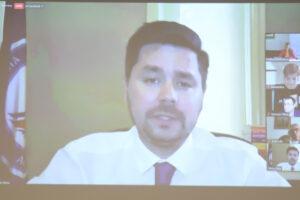 Silviu Popa, Secretary General of the National Integrity Agency, Romania, pointed out that in less than two years, the ANI managed to build an electronic system (PREVENT system) that automatically crosschecks relevant data from various databases and registries in order to detect potential familial links in public procurement procedures, links between contracting authorities and bidders that could determine the existence of a possible conflict of interest.

“Within the same period, the Romanian authorities adopted the legislation that accompanied PREVENT to enable it to function. When potential conflict of interest can not be prevented, then there is nothing we can do”, added Popa.

Jelena Jovetić, General Director of the Directorate for Public Procurement Policy in the Ministry of Finance, said that the New Law on Public Procurement, which has been in force since July, has significantly improved transparency.

In response to the question whether the new electronic public procurement system enables networking with databases important for timely prevention of conflicts of interest, such as the Central Register of Business Entities, Tax Administration, etc, Jovetić answered that networking of some databases is already envisaged by the Draft Strategy on Development of Public Procurement and Public-private Partnerships Systems.

“In our Action Plan for 2021 and 2022, we have a measure that directly refers to the further improvement of the electronic public procurement system and we have the funds to upgrade the system that connects institutions in the public procurement control. There are no technical obstacles in that segment so we can harmonise with other relevant institutions in the coming period”, concluded Jovetić.

Tanja Simićević, Head of the Public Procurement Office at Municipality of Budva, concluded that everything comes down to the responsibility of the contracting authority, recognition of conflicts of interest and possible actions by the contracting authority. She pointed out that under the new Law, the procedure is initiated by the declaration of absence of conflict of interest.

“The moment of signing the declaration is questionable. This declaration would play a more significant role and give a greater contribution if you already have a public procurement contract ready to be signed, when all those who participated in the procedure can sign the contract being familiar with the bidder, when we have a clean procedure, a declaration of absence of conflict of interest and the conclusion of a contract. I think that with preventive measures, that declaration would have a much bigger effect then, because I do not know which of all the persons involved in the entire process could sign before concluding the contract that it is not in a conflict of interest, but it is”, explained Simićević.

Jelena Perović, Director of the Agency for Prevention of Corruption explained that the Agency currently has two segments in which it deals with public procurement, and that is through whistleblower reports and through the financing of political parties and the election process.

“Out of 460 reports from the beginning of the Agency’s work until the first quarter of this year, 31 reports were related to public procurement processes. The largest number of reports referred to irregularities in the field of public procurement at the local level, 32% and 29% at the state level. In 19% of the reports, endangerment of the public interest was determined, while in the rest, the existence of irregularities was not found”, said Perović.

The Agency acted in 22 cases and 4 of them ended with recommendations, in 9 cases other competent bodies acted and 2 were positively ended. Because the identity of the whistleblower is protected all of these cases were not public.

Dragan Bojović, Vice President of the Anti-Corruption Committee in the Parliament of Montenegro, believes that it is very important to find a way to more effectively resolve conflicts of interest. He also shared doubts if the Agency for the Prevention of Corruption could be more effective.

“Maybe the Agency is in a certain sense overloaded with documentation, maybe the number of reports that are submitted is too large. This should be reduced and enable the people who work in the Agency to be more efficient, ie to concentrate on exposing corruption, and not on the administration. I do not know how good it would be to transfer this problem exclusively to the Agency. The institutions in charge for controlling public procurement should be better networked, and the data should be centralised”, said Bojović.