Around 125 million euro were paid from the state budget to service the guarantees given for KAP loans with the Deutsche Bank, VT Bank, and OTP Bank, and in order to fill the budget gaps the Government introduced taxes on owning SIM cards, froze pensions, increased the VAT rates… No one was held accountable for the damage of 125 million euro and for new levies imposed on citizens 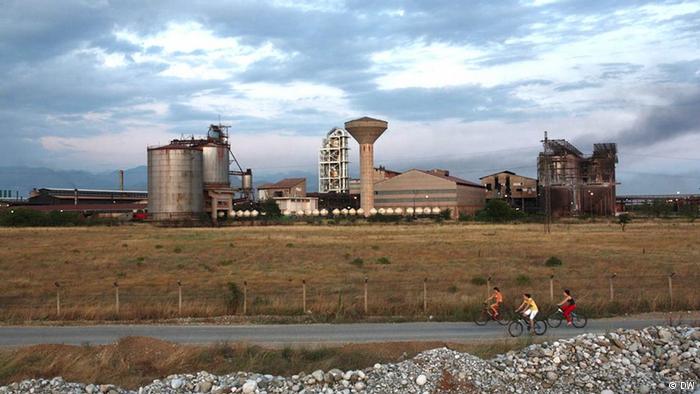 The work of the State Audit Institution (DRI) is not followed through and supported properly by the state prosecution. This statement is corroborated by the very low number of cases launched on the basis of DRI findings – only six so far – as well as the fact that no one was held criminally liable for the irregularities the DRI highlighted in their reports.

In virtually all reports the DRI noted that laws and other regulations were violated and that money was spent for unintended purposes. The reports which noted the most severe violations and which led to negative opinions on the work of the bodies that were covered by those reports were submitted to the Supreme State Prosecution (VDT) for further action. According to the data received from almost all prosecution offices, so far one person and one legal entity were held liable for misdemeanours and they were charged with fines amounting to 5.300 euro. This sum is not even 0.001% of the damages caused to the state budget.

The most blatant example of violation of regulations that was felt by all citizens was the case of state guarantees for the loans of the KAP Aluminium Smelter worth 135 million euro. In early 2013, the DRI published their audit of the guarantees issued in 2009 and 2010, worth over 10 million euro. They noted that the Government has issued guarantees for KAP’s loans worth 135 million euro without proper counter-guarantees and with a significant risk that the guarantees could be activated. The epilogue to this story is well known – 125 million euro were paid from the state budget for the loans taken from the Deutsche Bank, VT Bank, and OTP Bank, and in order to fill the budget gaps the Government introduced new unprecedented taxes for owning SIM cards and transmitters for access to electricity and cable TV, froze pensions, raised the crisis tax on all salaries above the national average, and later raised the VAT tax rate from 17% to 19%.

No one was held accountable the 125 million paid from the state budget for the guarantees for a loan taken by KAP, a company that owed 327 million and was incapable of servicing its loan obligations. Daily newspaper Dan was unable to obtain information from the Supreme State Prosecutor’s Office regarding the progress of the KAP guarantees case. According to the latest information they issued to Institute Alternative (IA) in late 2016, they are waiting for the findings and opinion of economic and financial experts and the case is in the preliminary investigation phase.

President of the Management Board of Institute Alternative Stevo Muk said that for ten years now we have only been hearing stories on who needs to do what, whose authority it is to file criminal charges and whose it is not, and so forth.

– What is essential, on the other hand, is that everyone needs to do their job in the best possible manner. And this is certainly not the case with the prosecution as they are taking three years to deliberate on the expert report on the affairs the DRI already described in one of the most significant cases for the state budget. We currently have a situation in which the media and civil society are pushing the prosecution to pay attention to DRI reports, and the prosecution in turn complains that those reports are too big and do not offer sufficient evidence on the existence of criminal liability, and this situation is frankly comical. Any prosecutor that cares about the profession would be looking into the DRI reports without any external pressures and use them as starting points for their checks and for launching criminal cases and related actions – Mr Muk told Dan.

Mla­den Bo­ja­nić, an economist, noted that the issuance of guarantees for KAP is the most blatant example of abuse of the institute of state guarantees, which created direct damages to the budget and served the interest of a privately-owned company. 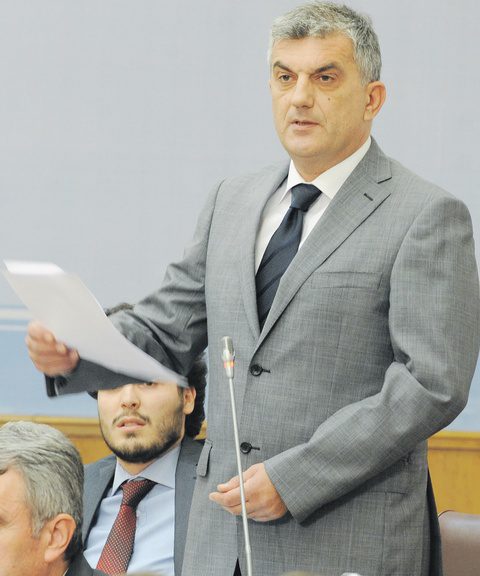 – There is plenty of evidence showcasing this clearly and unequivocally. First, the guarantees are a type of state aid and, in accordance with the law on state aid, the procedures for issuance of guarantees are determined by strict legal provisions which had to be followed but this was not the case. Second, when the decision on issuing the guarantees was made it was evident that the company will not be able to meet in a timely manner the loan obligations for which the state issued guarantees, a state of facts that was noted also by the commercial audit. Third, contrary to the provisions of the law on state aid, the Commission for the Control of State Aid, which is the line authority in this case, did not monitor the use of funds received on the basis of state guarantees. Finally, the blocking of the privately-owned KAP shares, as the only means of counter-guarantees and security in the case of the activation of guarantees, is a deliberate action aimed at making the refund of state money that has been paid impossible. The outcome of these activities is detrimental to the budget of Montenegro. We paid down 125 million euro, shortly thereafter bankruptcy was declared, the entire property of KAP was sold for 28 million, and it is now more than evident that the state will never be able to recover even a small portion of the 125 million – Mr Bo­ja­nić told Dan.

In addition to KAP, similar problems occurred with state guarantees given for loans of other companies, such as Željezara Steel Mill, Montenegro Railways, old Pobjeda, Melgonija… The total amount of guarantees for all these loans is 180 million, they were all paid from the budget, and, as far as Mr Bojanić is aware, the state did not recover a single euro from their bankruptcy estates, and it never will.

– All this is easy to check and prove, so I see no sensible reason for the prosecution’s preliminary investigation to take years. In order to establish the truth, we don’t need collaborating witnesses, nor polygraphs, nor DNA samples, it’s all in the documents. All that is needed is for someone to sort these documents neatly and all will be clear – how high the damage suffered by the state is, how much private individuals benefitted, who is responsible for the bad decisions, who is responsible for the procedures – Mr Bo­ja­nić concluded.

Cetinje Basic Prosecutor’s Office dismissed the criminal charges against Mayor of Cetinje Alek­san­dar Bog­da­no­vi­ć, filed on the basis of a DRI report.

– In the activities of the suspect there were no notable characteristics of the reported criminal acts, nor any other criminal acts that would prompt prosecution ex officio – daily newspaper Da­n was told by the Ce­ti­nje Basic Prosecutor’s Office.

The charge against Bogdanović was filed by a M.S. from Cetinje in early November 2014 and the Prosecutor’s Office dismissed it on 19 April 2016.

The DRI established that in its final budget account for 2013 the Municipality of Cetinje noted a surplus of 1,8 million euro, whereas in fact it had a deficit of 921,6 thousand.

There was no response from the Supreme State Prosecutor’s Office, nor from any other prosecution offices, as regards audits of the National Parks of Montenegro and the Municipality of Budva, who received a negative opinion by the DRI.

Ulcinj Basic Prosecutor’s Office received two negative DRI reports concerning the Ulcinj-based Democratic Party, one in late 2014 and the other in late 2015.

The President of the Democratic Party is Fatmir Gjeka. The DRI established in their audit of the party’s financial reports from 2013 and 2014 the undocumented withdrawal of funds in the amount of 23.430 euro, which amounted to 38% of all the available funds of the party.