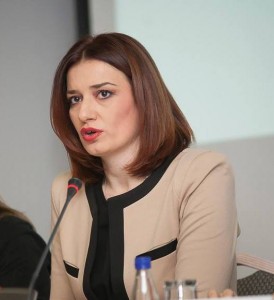 Nearly four years after the start of EU accession negotiations, and more than two since the opening of chapters 23 and 24 relating to the rule of law, Montenegro is waiting for the European Commission to (pr)evaluate the success of fulfilling tasks put before it. These requirements, which EC uses to “measure” the level of readiness to join, are formulated broadly. Hence, the progress in fulfilling them, present in everyday rhetoric of representatives of state institutions, mainly proceeds from over-stressed importance of implemented administrative and technical tasks. Improvement in these areas is not tangible. While anticipating the score at the supranational level, here’s how fight against corruption, done thus far, looks in our notebook.

Commission says: ‘’Strengthen and review the institutional framework for fight against corruption’’. The response to this EC’s requirement was merging couple of institutions into one, while making controversial choice of its decision-making authorities, as well as breaking the law on every possible step of the way. Agency for Prevention of Corruption hasn’t been independent and impartial, and it has been even less functional and trustworthy, since it begun its work at the beginning of the year. Even though it has strengthened its capacities, it is still not transparent enough. Its decision makers are even less trustworthy.

‘Develop specific measures to fight corruption in particularly vulnerable areas”., Public hearing on the Operating document for fight against corruption is on going. Document is treating corruption in 7 sectoral policies, including local self-governments. Without in depth inspecting of the quality of the document, since it still has time to be improved during public hearing, the plan doesn’t include key problems and risks identified through evaluation of the previous strategic framework for fight against corruption (which must be foundation for the defining of the new measures).How much transparency has progressed thus far shows the following data: in 2012 there were at least 10 508 local employees(increased for almost 1/5 two years later) and now that data is secret. The information on the local finances, including number of local employees, has been declared internal by the Ministry of Finance. Rationalization remains invisible.

‘Strengthen the Parliament’s role in fighting corruption by stepping up supervision of the executive.”During last year only one control hearing was held in one parliamentary committee based on the initiative of the 1/3 of members. Anticorruption committee did not hold any sessions in the second half of the year. Political crisis that lasts for months is poor excuse for unfinished work, which is the reason for somebody’s mandate. Nevertheless, law level of implemented conclusions, lack of oppositional initiative, without possibility of Anticorruption committee to position itself, weakens control of the Parliament in relation to fight against corruption.

‘’Ensure independent, functional, specialized investigation/prosecution authorities.’ ’Special Prosecution has managed to distinguish itself by its results in short period of time since it has been established in the last July. In a way that even police seeks prime ministers’ support embrace. Proactive approach doesn’t change the fact that citizens, NGOs and legal entities are being reported corruption (more than 80% of criminal chargers). Great cases, plea agreements, cooperative witnesses did not change the balance: there are no final decisions on high-level corruption in 2016 as it was the case in 2012.

‘Improve the collection of unified statistics on corruption”. The system for monitoring corruption cases, from criminal charges to accusation, has not been established yet.

Judging by many bad evaluations, the talk on success from the beginning of the story is a relative thing. Numbers do not lie. But they are subject to different interpretations in a country where corruption is most successful at adjusting to the European integration stages.