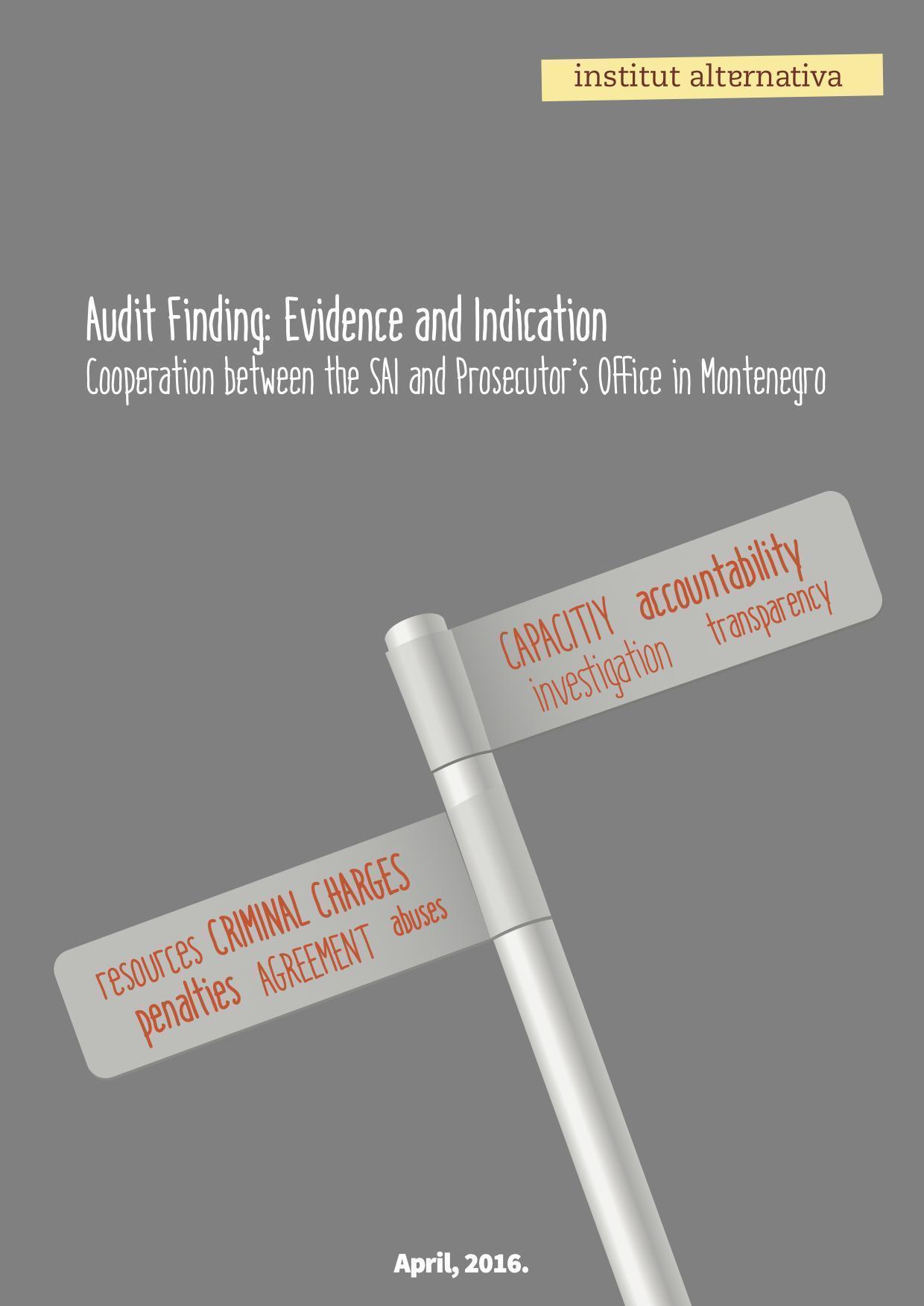 Cooperation between the State Audit Institution and Supreme State Prosecutor’s Office in Montenegro is not an example of imperative timely exchange of information and implementation of coordinated joint activities of the institutions. Constantly shifting of responsibility from one institution to another does not lead to the improvement of this cooperation.

The State Audit Institution has not filed any criminal charges or initiated any damages proceedings to date. Hence, the greatest burden of responsibility for the lack of impact of the work and findings of the audits falls on the SAI. However, the Prosecutor’s Office must not wait for information from official reports of state institutions, most often obtained from third parties, as has been the case so far, but must act on them regularly in accordance with its competences. Moreover, the excuse for passiveness of this institution cannot be that SAI does not file criminal charges, often publicly cited as a reason, especially taking into account that the largest number of charges is still filed by citizens. Over 80% of criminal charges filed with the Special Public Prosecutor’s Office in 2015 was filed by citizens, natural and legal persons. Additionally, the SAI’s reports should serve as an indicator to numerous actors, as the starting point for their own controls and initiation of any criminal charges and other actions. Therefore, the findings of the SAI are both evidence and roadmap for further investigation.

A significant obstacle to better results of the SAI and Prosecutor’s Office are their capacities. Both Supreme State Prosecutor’s Office and Special Prosecutor’s Office are currently working with less than 50% capacity, and recruitment procedures are under way. The SAI, on the other hand, two years after having adopted the new Rulebook on internal organisation and job description, still has not filled the position of the Head of Department of legal affairs, criminal and misdemeanour charges and anti-corruption, and has only one employee in this department.

The experience of the countries in the region, as well as the countries of the European Union, offers a wide range of mechanisms and activities that can improve cooperation between the SAI and Prosecutor’s Office, whether special agreements and cooperation frameworks, or establishment of task forces, and regular instituting of misdemeanour and criminal proceedings.