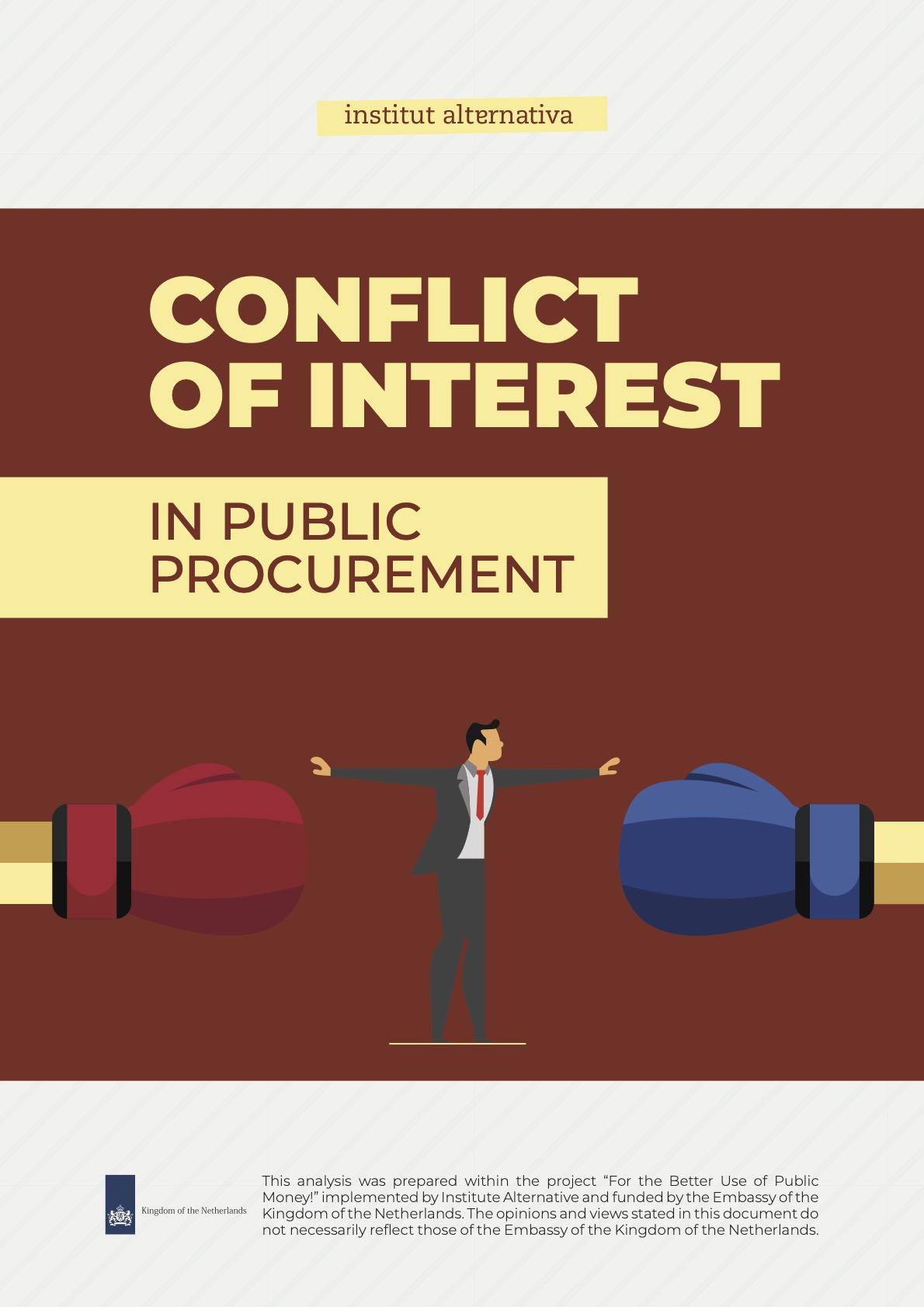 The Montenegrin public tends to perceive the public procurement system as unlawful, unfair, prone to abuse and non-transparent. Citizens identify both various forms of abuse and connections between political and economic players.

It is up to the contracting authority to verify the declarations and act accordingly, although it has no (automated) access to the registries and databases that would be of assistance.