The conference was organised with the aim of presenting the key preliminary findings of monitoring the implementation of public administration reform and improvement of dialogue among various governmental and non-governmental stakeholders. 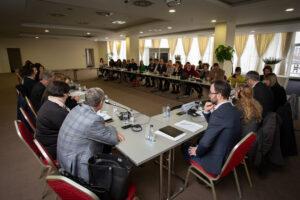