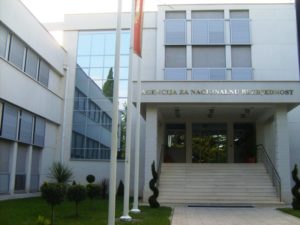 It is not clear which problems the Government intends to solve by adopting this Law, since the Bill exposition was reduced to mere copying of the articles of the Law, as it happens rather often. The only concrete explanation of the need for the Law to be adopted was contained in the statement of Mr. Dusko Marković, given after the Cabinet meeting during which the Bill had been approved. Mr. Marković said that drafting of the Law was preceded by carrying out an analysis which indicated that the data produced by the intelligence sector “is not fully valorized”. It is necessary to stress that the analysis Mr. Markovic spoke about is not part of the exposition of this Law, nor, to our knowledge, is it available to the Parliament of Montenegro, respectively to the Defense and Security Committee which is mandated to discuss the Bill. Therefore, submission of this document to the competent committee should precede the deliberations in the Parliament.

We believe that the formation of the Bureau for Operational Coordination would be justified if it had been done with the objective of faster and better exchange of information among government authorities in the fight against corruption and organized crime.However, from the job description of the Council and the Bureau, it is not possible to clearly determine the tasks these bodies will be handling in practice. Specifically, the intelligence sharing was mentioned only once in the Bill (Article 5).

The Bill defines tasks of the Council as: “takes care”, “considers …” “provides guidance and conclusions”, “proposes”, “gives an opinion,” etc. The definition of the Council’s competencies given as the following: ”proposes measures regarding the results of the supervision of the work of authorities that make up the intelligence and security sector”, is worrisome. From the competencies defined in such manner it is not clear whom should the Council propose measures to and related to the results of whose supervision, especially bearing in mind that the Council does not exercise supervision according to either this nor the other regulation.

When it comes to the competencies of the Bureau, it is stated that it “cooperates with the ministry responsible for foreign affairs and European integration on issues of importance for the results of the operational coordination.”This raises several questions: Why is it so, if the Minister of Foreign Affairs and European Integration is in the Council? Shouldn’t Council address these issues or should the Bureau, forgoing the Council, establish cooperation with the ministries whose ministers are members of the Council?

It is necessary to regulate by law the obligation to report to the Parliament on the work of the Council and the Bureau. The law should prescribe the types and categories of information that shall be contained in the performance reports that the Bureau and the Council shall submit to the Parliament and to the Defense and Security Committee. Bearing in mind that these are newly established bodies and that the Bill also envisages the obligation of the Council to submit semi-annual reports to the Defense and Security Council, we believe that it is necessary to prescribe the obligation of submission of performance reports to the Parliament of Montenegro as well, on semi-annually basis.

We propose to stipulate by law that regular meetings of the Council and the Bureau shall be held at least once a month.

It is necessary to define precisely the bodies that constitute the intelligence and security sector, which is not currently the case. Only one body is clearly defined, while others are defined partially or in general, in relation to the nature of the work they perform. Given that the composition of the Council and the Bureau is determined in relation to specific bodies and their activities, we believe that this should be done in the Article 2, as well.

The legal status of the Council and the Bureau remains ambiguous, because these are neither bodies of the Parliament nor the Government, and they are not administrative authorities either.

It is important to emphasize that the Government was not limited to coordinate the work and cooperation between the institutions of the security sector politically and operationally prior to this Law, either. This Law and its possible implementation can not in any way replace the constitutional competences of the Government and the Defense and Security Council. Furthermore, the Council and the Bureau cannot substitute regular competences of the civil administration of security sector. In the end, the Council and the Bureau cannot be an alibi for individual political accountability of government members.

In the Article 14, paragraph 3, the role of the Defense and Security Council should be deleted because it would thus further endanger the principle of separation of powers between the Government, Parliament and the President, while on the other hand lessen the responsibility of the Government for the work and results of the Bureau. Also, prescribing new responsibilities to the Defense and Security Council would be contrary to the Constitution of Montenegro.

Finally, the title of the Bill is not an expression of its contents. A title that would properly express the content of the proposed text should be amended to read “The Law on Political and Operational Coordination of Intelligence Sector of Montenegro”.