The EU-Montenegro Civil Society Joint Consultative Committee (JCC) has called on state institutions to reconsider the adoption of provisions that would seriously restrict the conduct of public discussions. 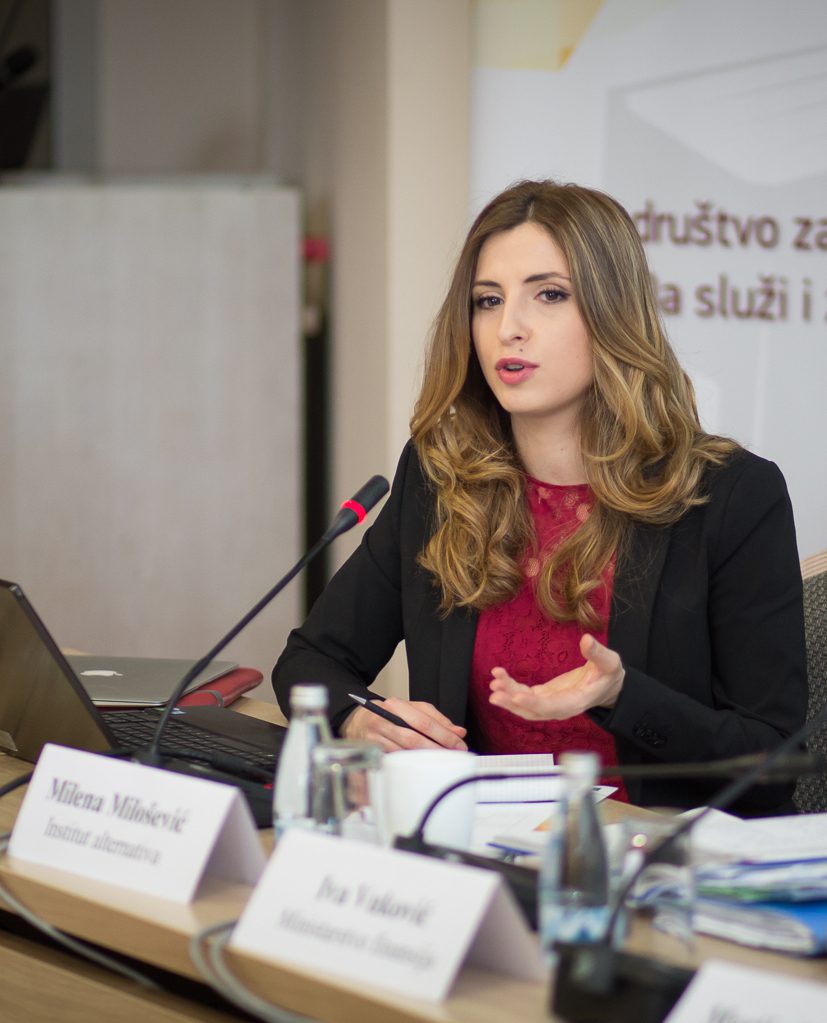 Milena Milošević, our researcher, participated at the meeting of the Civil Society Joint Consultative Committee of the European Union and Montenegro at the end of December.

During the meeting she presented our key findings and suggestions for improving public administration reform, including citizens’ participation in decision-making.

She reminded that the Government prepared draft Amendments to the Law on state administration at its sitting of November 16, 2017, although these were not planned by the Strategy on the Public Administration Reform.

The proposal provides that no public discussion will be conducted “when the law, i.e. the strategy regulates issues in the field of defense and security and annual budget; in emergency, urgent or unforeseeable circumstances; when a matter is not differently regulated by law”.

The proposed legal amendments were also drafted without a public discussion.

“With regard to the Law on Amendments to the Law on Public Administration, the JCC urges the Montenegrin authorities to reconsider adoption of provisions that would seriously restrict the good practice of conducting public consultations,” as stated in the Declaration adopted by this body at the last meeting held on December 19, 2017 in Brussels.

The proposal of the Amendments to the law on state administration is currently in the parliamentary procedure.

Željko Aprcović, MP, has tabled an amendment proposing that instead of explicitly prohibiting the conduct of public discussion in the aforementioned situations, it should be left to the proponents to assess whether public discussion is necessary or not.

“The proposed amendment, however, allows a public discussion to be conducted in aforementioned situations, whereby its conduct is not obligatory for authority drafting a law or a strategy,” as written in the explanation of the amendment.

However, this norm neither would substantially open decision-making process on budget or security regulations affecting all citizens, as the competent institutions would arbitrarily decide whether or not to involve citizens in the process of adopting certain laws or strategies.

Therefore, the Institute Alternative once again appeals to the Parliament not to adopt the amendments to the law, which have been prepared without citizens’ participation and which significantly reduce the scope of their influence on decision-making.