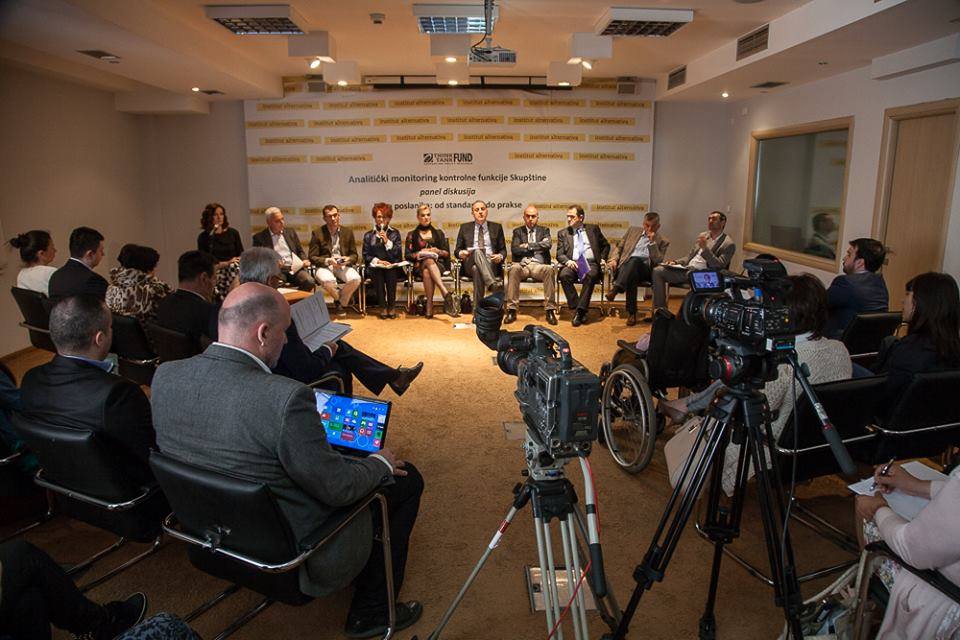 Why the citizens are not able to report violations of the Code of Ethics for MPs, are the sanctions for violation of ethical standards sufficiently stringent and is the control of their application sufficiently effective – those were some of the key issues discussed at today’s panel discussion organized by the Institute alternative (IA).

Panel discussion “The Ethics of MPs: From the standard to the practice” was organized with the support of Open Society Foundation – Think Tank Fund from Budapest, with the aim to offer critical review of the content and application of the Code of Ethics for MPs, whose adoption was foreseen by the Action Plan for Chapter 23 – Judiciary and Fundamental rights

Our panelists were the representative of all MP groups in the Parliament, who agreed that the Montenegrin parliament is leading among the parliaments in the region when talking about mutual conduct and behavior of MPs.

One of the questions raised by the participants was the practical impossibility for citizens to report the violation of the Code, since this right is reserved solely for the Speaker of the Parliament, the Collegium, MPs and the President of the MP group.

Halil Duković, representative of the MP group of the Democratic Party of Socialists (DPS) and the Chairman of the Committee for Human Rights and Freedoms, a permanent working body in the Parliament, which is responsible for monitoring the application of the Code, said that so far no reports have been filed for the violation of the Code.

Ljiljana Đurašković, from the MP group of the Democratic Front, said that she was honored to be a member of the working group for drafting the Code, bearing in mind the importance of this document for raising ethical standards in the Parliament.

Responding to a question by Jovana Marović, research coordinator at the Institute alternative, posed at the very beginning of the discussion, Aleksandar Damjanović, the representative of the MP group of the Socialist People’s Party, said that he thought that the fines against MPs for violating ethical standards do not make any sense.

“Who can be competent to determine whether something could be assessed as the hate speech?”, asked Damjanović, emphasizing that there is not need to establish a special comittee which would monitor the compliance with the Code, since there are already too many members of the committee in total (over 180) having in mind that there are 81 seats in the Parliament.

Borislav Banović from the MP group of the Social Democratic Party said that he is not sure to what extent the Code would contribute to the appliance of the ethical standards, but it is still important to have it as a reminder for the adequate conduct of the MPs.

Since one of the topics was the responsibility for lack of work of MPs, i.e, for their absence from the plenary and committee meetings, Goran Tuponja, from the Positive Montenegro Party said that the lack of participation in the meeting may be considered as the political act.

“What is of a great importance is that the MP must not be in the conflict of interest or subjected to the corruption.”, he added.

Andrija Popović from the Liberal Party, has criticized the confusion in Montenegrin legal system and practice when it comes to the position of the MP.

“The Constitution gives the definition of the position of the MP in one way, the Law in another, and the practice in a third way”, he said while adding that he advocated introducing more severe sanctions which would be financial and humanitarian.

Namely, the amount of the fine paid by the MP who violated the Code should be donated to humanitarian purposes.

Mladen Bojanić, representing the MP group of independent MPs and Almer Kalač from the Bosniak party agreed with the most of their colleagues that fines are not the best solution, and that the moral condemnation, in that sense, is way more effective.

Jovana Marović, commenting on the panelists and participants in the discussion, said that IA supports the initiative to keep detailed records about contribution of MPs to parliamentary work, especially when it comes to presence to the plenary and committee meetings, since the absence of MPs from the meetings is considered to be a minor violation of the Code.

“That will also be one of the recommendations in the monitoring report on the control function of the Parliament, which IA is going to publish by the end of month”, she said. 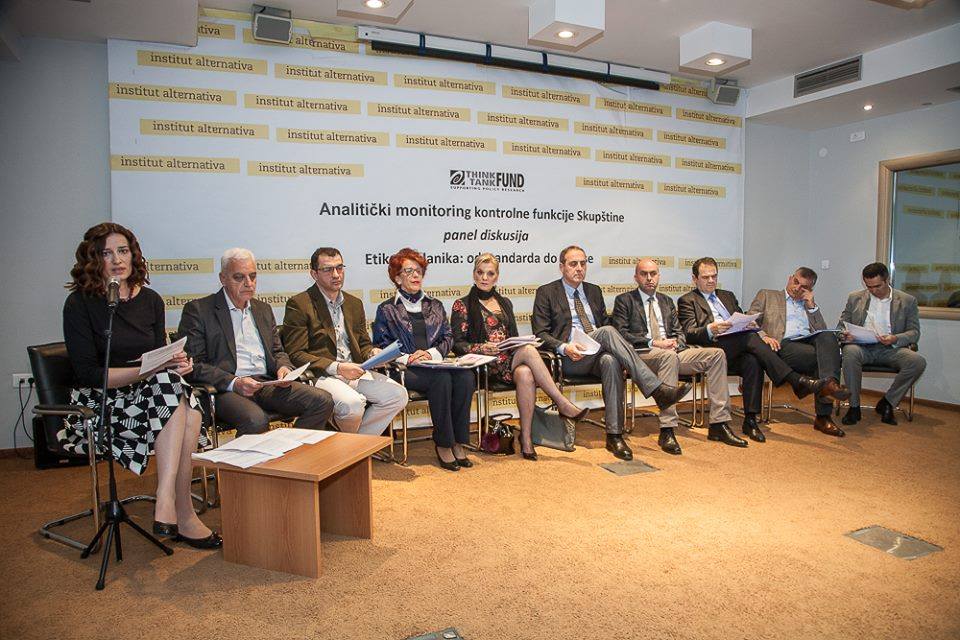