Skip to content
Institute Alternative » Social policy » Changing the Law on Social and Child Protection: Without opinion of the public under the pretext of urgent procedure

This way of changing the Law on Social and Child Protection in an emergency procedure is contrary to the regulations. As the result, citizens were deprived, without explanation, of the opportunity to amend the act by which they are directly concerned. 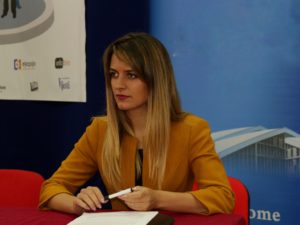 Draft Law on Amendments to the Law on Social and Child Protection, prepared by the Ministry of Labor and Social Welfare, was at the public debate only six days, instead of at least 40, as foreseen by the Regulation on the procedure and manner of conducting public debate in preparing laws.

This means that citizens directly concerned by the issues of social and child protection, and then also the non-governmental organizations, professional and scientific institutions, the media and others, were deprived the opportunity to influence in a quality way the creation of regulations of the public interest.

Additional reason for dissatisfaction is the explanation of the Ministry that the public debate shall be conducted in a shortened procedure due to the obligation for execution of Decision of the Constitutional Court of Montenegro from 19 April 2017.

However, according to the Decision of the Constitutional Court, the Government has three months from the date of publication of the Decision in the “Official Gazette of Montenegro”, to submit the Draft Law on Enforcement of Decision to the Parliament.Therefore, as a deadline is mid-August, the implementation of public debate in this way has no valid justification.

Moreover, the Government creates a double damage to the quality of legislation. In addition to shortening the public debate and denying the opportunity to citizens to contribute, Government also asks the Parliament to adopt this law under urgent procedure referring to the Rules of Procedure of the Parliament. In other words, for the Government even Parliament should discuss less this law.

To remind, according to the Rules of Procedure of the Parliament, “urgent procedure may be applied for adoption of a law that is to regulate issues and relations resulting from circumstances that could have not been foreseen and whose failure to be adopted could cause adverse effects”.
Drafting the Law on Amendments to the Law on Social and Child Protection was planned to be completed by the end of June according to the Government Work Program for this year. The Ministry and the Government had at least half a year available to carry out consultations and debate.

In addition, the proposed changes do not apply only to so called “compensation for mothers”, but also on other issues not covered by the Decision of the Constitutional Court. It is one more reason not to accept the excuse to circumvent the public debate in the full duration.

Finally, the Report on underwent consultations of interested public to matters governed by law is posted on the Ministry’s website and e-Government portal only after the Institute alternative requested that information, seeing that it was not available to the public even 20 days after the deadline.