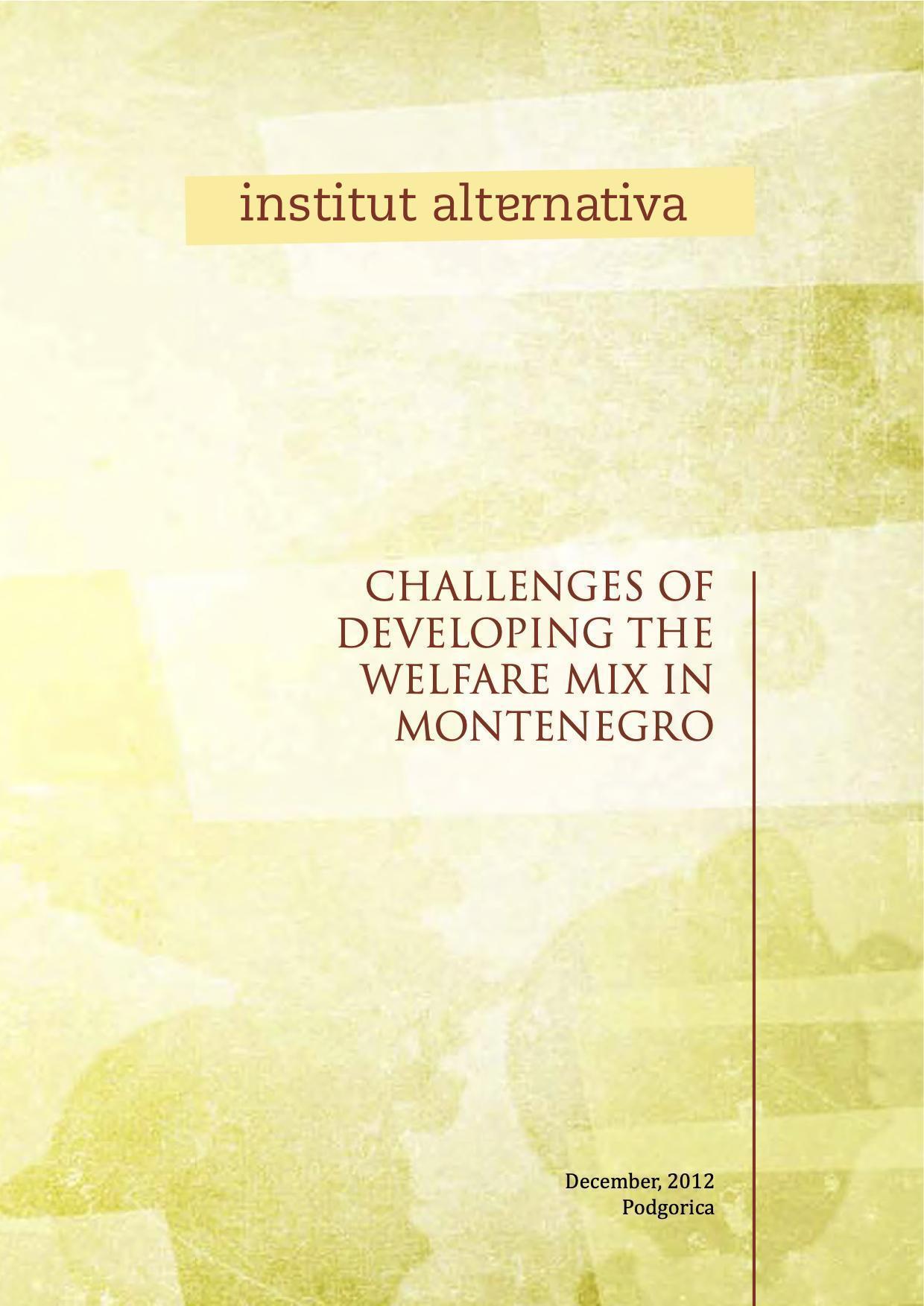 This publication is the result of an empirical research conducted within the project entitled ‘Challenges of developing the welfare mix in Montenegro’ carried out during 2012. Financial support for the implementation of the project was provided by the Commission for the allocation of the part of revenues from te games of chance of Montenegro.

The goal of the project is to foster the development of the welfare mix, with a focus on strengthening the role of civil society in the social reform process. Through the principle of subsidiarity, i.e. by efficiently making decisions as close as possible to the needs of citizens, through the development of the welfare mix, less burden on the state is expected, whose role has been monopolistic. Simultaneously, we expect the strengthening of the civil society organisations’ capacity as active proponents of social rights, social service providers, innovators of social programmes and social entrepreneurs.

The research methodology is taken from CERANEO –Centre for the development of non-profit organisations from Zagreb (Republic of Croatia). As a partner, CERANEO cooperated with the team and the leadership of the project throughout all the phases of the project implementation, it analysed the collected data and it produced a research report on the basis of results.

The research collected information on the development and on concrete aspects of the welfare mix. The following actors, relevant for the development of the welfare mix, were involved in the research: civil society (NGO – non-governmental associations and foundations), centres for social work and their sub-units, public institutions of social welfare, employment bureaus and offices of employment bureaus, as well as secretariats of local self-government units competent for the area of social policy. In research participated 104 different social actors.

Results of the empirical research presented here reflect the role of different actors in social policy and their contribution to developing the welfare mix in Montenegro.

Recommendations for strengthening the concept of welfare mix:

By implementing this project, we wish to establish a network of associates and set the basis for long-term cooperation in the reform process of the social policy system.

Advantages and disadvantages of developing the welfare mix, as well as the need to continue empirical research, are presented in the conclusion.