It is necessary to further strengthen the control function of the Parliament, and there are four possible directions for improvement, based on: the precise definition and delimitation of competences between the branches of government; regulating control mechanisms, transparency in the work of parliament; strengthening the capacity of professional services. 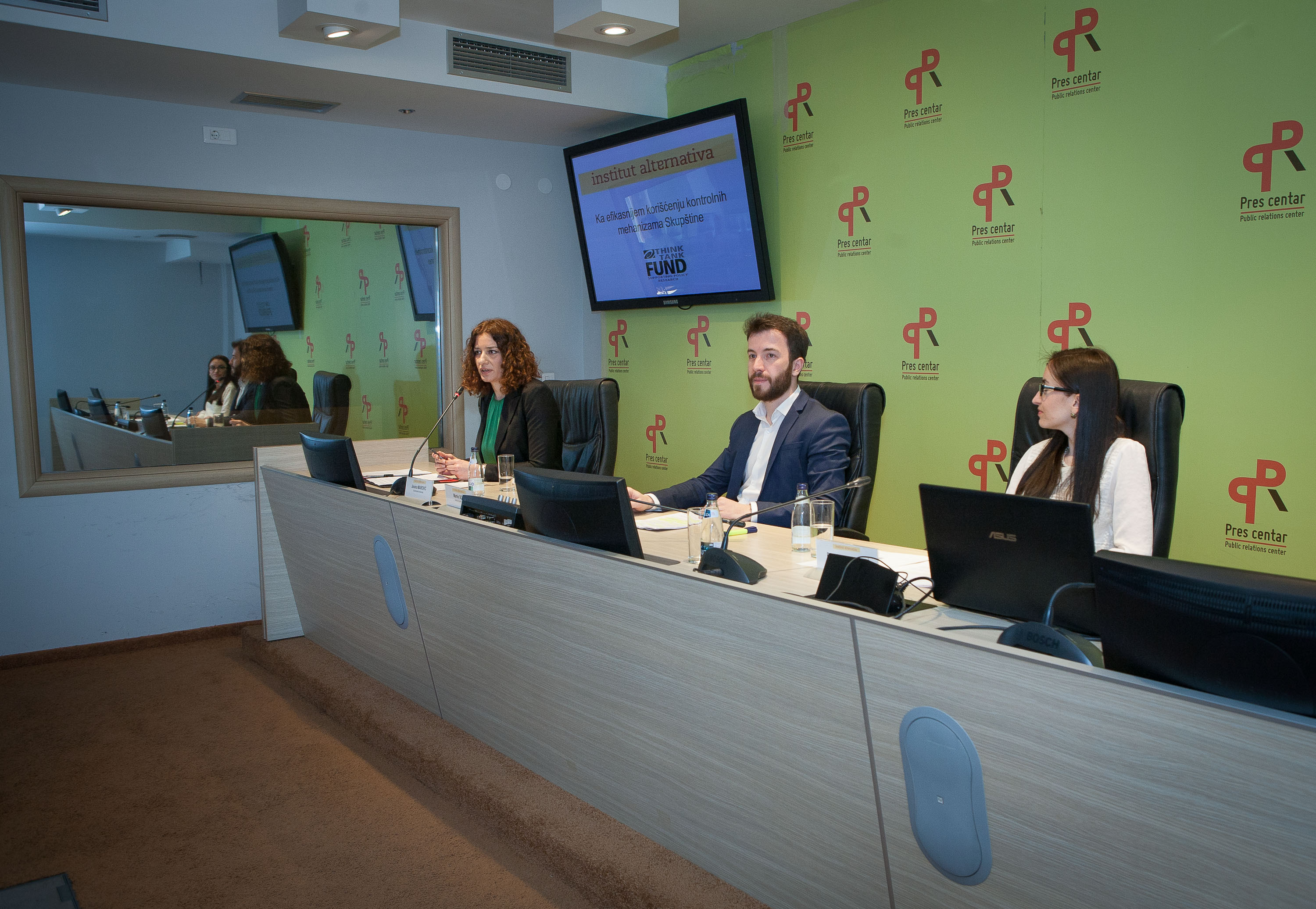 “Although the European Commission in the Progress Report states that the control function of the Parliament was improved, our findings show that over the last year there was no progress,” said Jovana Marović, research coordinator at the Institute Alternative. At the press conference “Towards the more efficient use of the control function of the Parliament”, which was realized with the support of the Open Society Institute, Think Tank Fund from Budapest, Jovana said that statistics show that MPs used less control mechanisms available at their disposal, than in 2013 and that there was no progress in the regulation of the control mechanisms, or normative regulation of relations with the executive power. Therefore, according to her, it is necessary to adopt the Law on Parliament that would precisely define the jurisdiction of Parliament in relation to the other branches of government, i.e., to use legal regulations that would oblige the government and other state institutions to work and report on the basis of findings of the Parliament.

Control and consultative hearings are not making sufficient impact in practice, and because of that, they often end with the harmonization of the summary of information that is only a review of the situation of the topic of the hearing. Opening remarks by representatives of the institutions are too long, and they should be repealed, and to introduce the practice of sending written contributions before the meeting. Also, it is necessary to publish audio recordings of the hearings. When it comes to Parliamentary questions, the session dedicated to this control mechanism should be organized once a month, such as those dedicated to the Prime Minister hour.

Public policy researcher in IA, Dina Bajramspahić, pointed out that, since two new initiatives for the parliamentary inquiry are announced, it is necessary to previously form a parliamentary working group for the improvement of the Law on Parliamentary Investigation, in order to prevent the repetition of the problems of the previous mechanisms. In the first place, it is necessary to prescribe penalties for failure of delivering the information to the Inquiry committee, as well as giving false testimony before the Inquiry Committee; prescribe mandatory submission of responses to all individual requests of the members of the Board of the Inquiry Committee, etc. This working group should be engaged in all directions for further improvement of parliamentary work, and it would also include representatives of the civil sector through public calls.

Marko Sošić, public policy researcher, pointed out that the IA has noted a number of problems when it comes to the formulation of the national budget in the draft Law on the budget for 2015, as well as its adoption by the Parliament, ambiguities in the Rules of Procedures and lack of capacity in the Parliamentary Service. In order to have the Parliament able to make meaningful, substantiated and necessary amendments to the national budget, where those are needed, it is necessary to implement the amendments to the legal framework and practice. They are related to the opening of the capital budget, capacity building of the Parliamentary Service, specifying the Rules of Procedure in the part referring to the consideration of draft laws in the working bodies and harmonization of amendments. It is also necessary to completely reform the way the amendments to the budget proposal are being prepared. 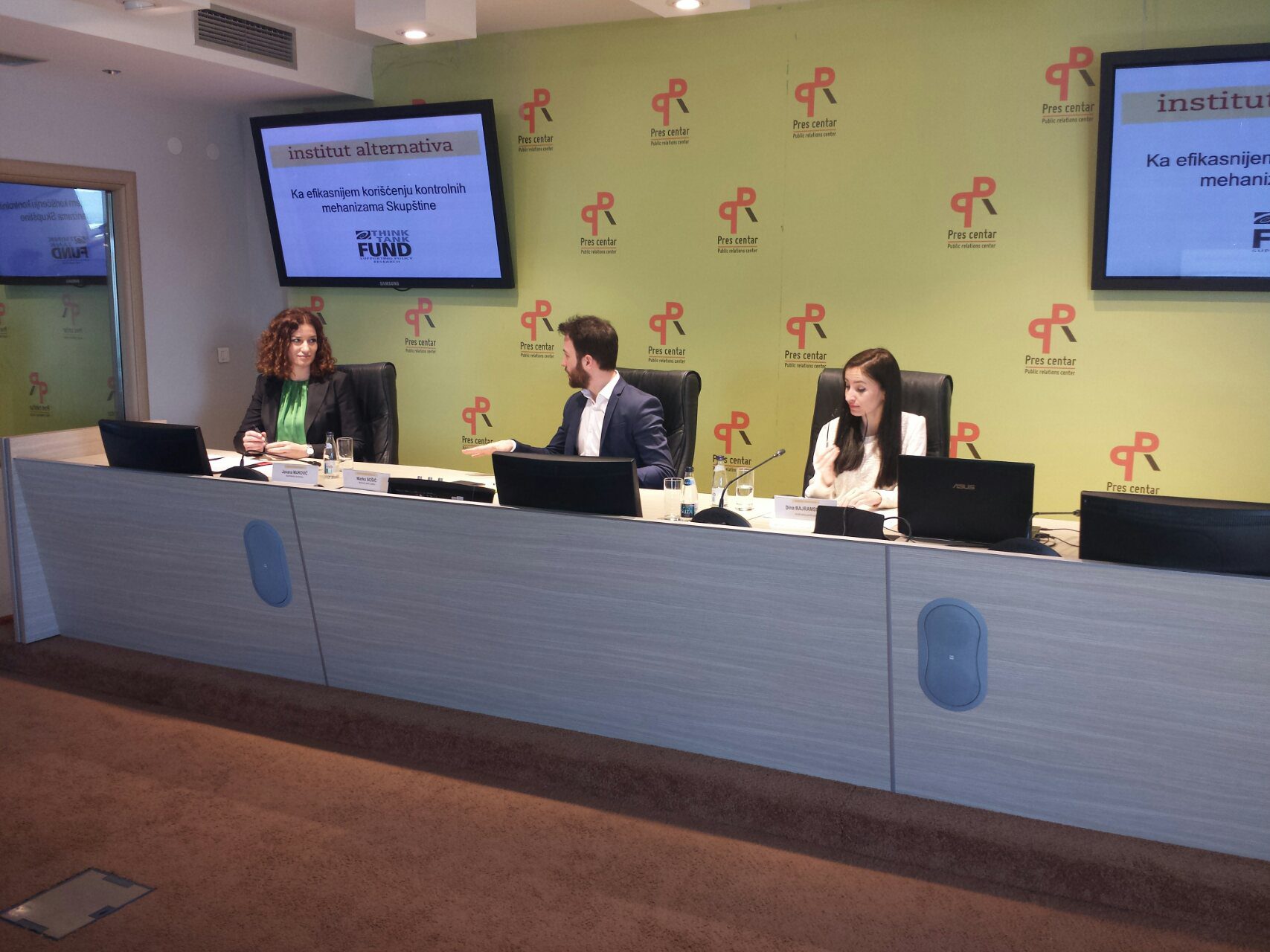