Skip to content
Institute Alternative » Other » Agency will not act against Bošković: Law does not apply when money comes from abroad

Agency rejected a IA’s request to initiate the procedure against the Minister of Defence Predrag Bošković, suspecting that he had an illegal income of at least 62 000 euro as an official of international handball organisations.

Agency rejected the request as unfounded, claiming that the Law on Prevention of Corruption does not apply to international bodies.

Because of this decision, IA announced it will file a lawsuit to the Administrative Court as well as and ask the Council of the Agency to get acquainted with the case and request that its director initiates the procedure in accordance with the Law.

Article 12 of the Law of Prevention of Corruption says that a public official shall not be a president or member of the management body or supervisory board, executive director, member of management of public companies, public institutions or other legal entities. On the basis of membership in the managing or supervisory bodies, public official cannot legally generate income or other compensation.

In the last regular annual asset declaration, Bošković reported receiving 25.000 euro as vice president of EHF, and just over 8.700 euro as a member of the IHF in the last year.

IA claims that the legal norm does not allow different interpretations and that the Law does not distinguish between domestic, foreign and international sports associations.

However, the decision signed by Agency’s Assistant Director Savo Milašinović states that was the reason for rejecting the Institute’s request.

Milašinović also explained that IHF is a non-profit association whose headquarters is in Basel and is therefore a subject to Swiss law. 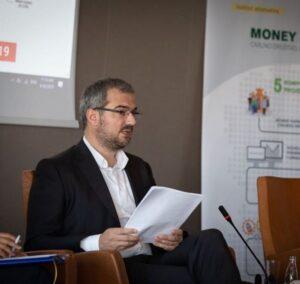 IA’s Stevo Muk said its unclear how Agency made the conclusion that Article 12 does not apply to these organisations because the Law did not specify any exceptions that would apply to a foreign, international, non-profit organisation.

“If the Agency’s legal position was lawful and justified, it would be a lesson to public officials that through the establishment of non-profits with headquarters outside Montenegro, they could generate additional income, without the Agency opening any conflict of interest proceedings and without breaching the law ”, warned Muk.

He added that the case is clear, but the Agency’s decision is a continuation of its illegal practice of protecting public officials.

Agency rejected the case, although by the Law it could only do so if the initiative was incomplete, in which case it was legally obliged to call upon IA to amend, which the Agency did not do.

On the other hand, it is clear from the content of the ruling that the Agency has engaged in the assessment of the facts or the merits of the legal issue, Muk said.

“It’s obvious that Agency was directly acquainted with the internal acts of the EHF. Otherwise, why did it have to prepare official translation of its acts, determine by legal analysis the meaning of the relevant provisions as well as to become acquainted with the legislation of Switzerland (for example the Civil Law which it mentions in the decision. It is clear that the Agency engaged in an assessment of the facts of the case in question without having opened proceedings under the Law on Prevention of Corruption. Such conduct is not in accordance with the Law, and does not have a basis in Law on Administrative Procedure”, Muk said.

“When already engaged in the collection of data and facts relevant for decision-making, Agency had to formally open the procedure and invite Bošković to make his statement, which it “may have done, but there is no information about that in the decision”, Muk said.