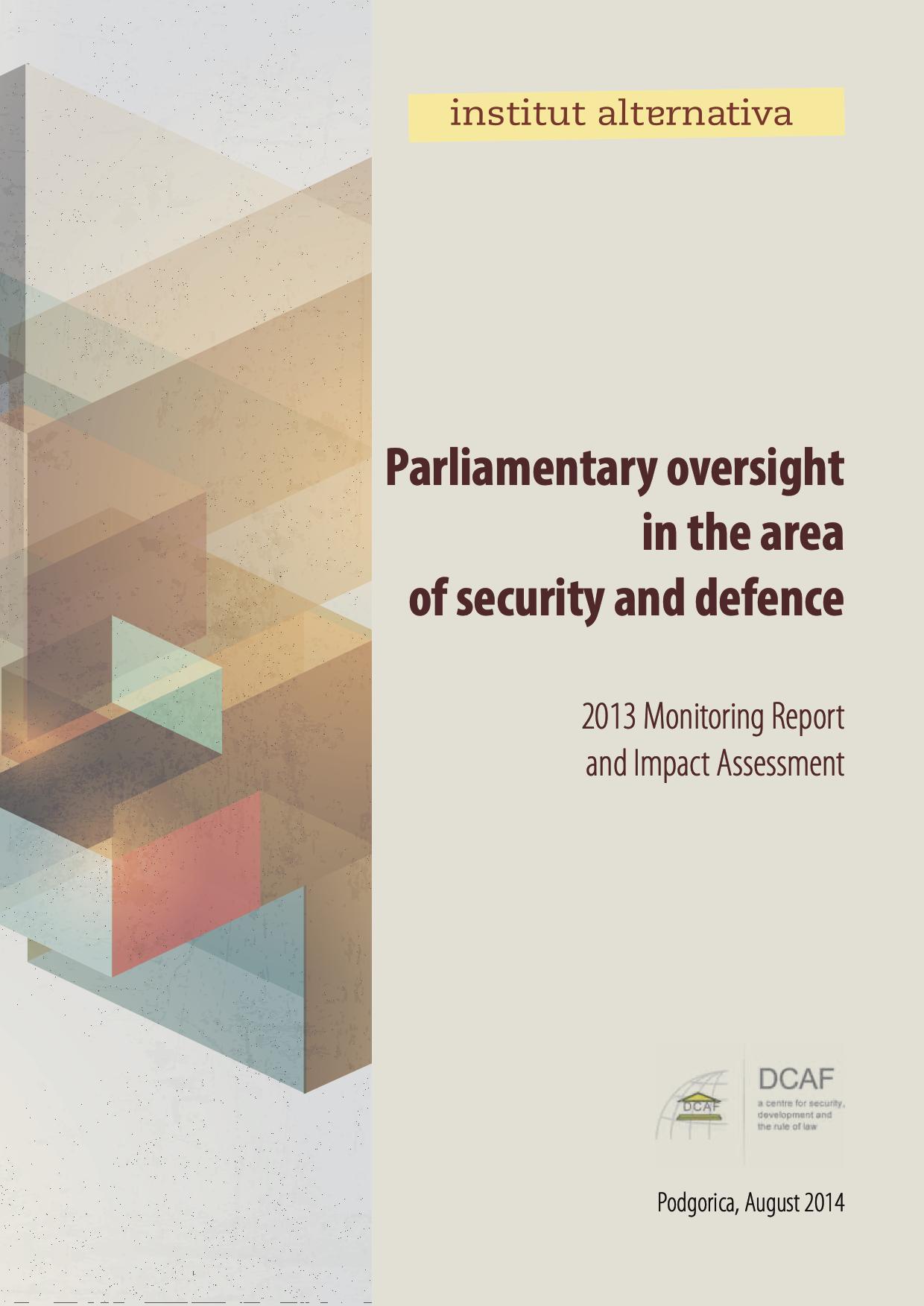 The intention of the authors of the Law on parliamentary oversight of security and defence sector, adopted towards the end of 2010, was to strengthen the control function of the Parliament of Montenegro and to introduce a more efficient oversight of the security and defence sector. After three years of the implementation of this Law, we tried to measure its impact, i.e. the impact of the work of the Committee competent for carrying out the parliamentary oversight of this sector, with a view to providing recommendations to enhance its effectiveness.

Conclusions with recommendations are presented in this report consisting of two parts. Traditionally, the first part concerns monitoring of the implementation of the Law in the third year of its enforcement1 with comparative data on the implementation of control instruments for at least three last years. In order to present the activities of the Committee in 2013, our researchers attended all sessions of the Committee which were open to public.

The second part of the report relates to the attempt to assess the systemic impact of this Law on state bodies from the security and defence sector which were subject to parliamentary oversight as well as an analysis of the opinions of representatives of state bodies which were subject to parliamentary oversight on effects of this control mechanism.

The impact of the work of the Security and Defence Committee is achieved through: initiating new laws, initiating the use of control mechanisms, adoption of concrete conclusions, adoption of amendments to the Government’s draft laws, addressing new issues significant for security and defence policy, proposals for resolution of problems, etc. In other words, its impact is reflected in delivering concrete changes and providing substantive answers to problems identified in the security and defence sector. These are some of the parameters we monitored while carrying out this research. We also analysed the positions and expectations of the representatives of security and defence institutions, their impressions on the results of the work of this Committee, we checked the extent to which conclusions were implemented, we analysed media content on parliamentary oversight, with a special emphasis on MPs’ and heads of state bodies’ statements.

During the research, we discussed these topics with the representatives of those state bodies which were directly or indirectly the subject of the Committee’s oversight or those who participated in its sessions during deliberations on their annual performance reports. We are grateful for the contribution to this report to:

As it was the case in previous years, our work in this area, monitoring of the work of the Committee, impact assessment of the Law, as well as the preparation of the report were supported by the Geneva Centre for the Democratic Control of Armed Forces (DCAF).